SEOUL, Jan. 15 (Yonhap) -- South Koreans started off another suffocating day Tuesday as thick fine dust continued to blanket most of the country for the fifth consecutive day.

The ultra-fine dust level of the Seodaemun district in western Seoul stood at 153 migrograms per cubic meter as of 8 a.m., far eclipsing 76 micrograms, a level considered "very bad."

Most of the other areas in central regions recorded high levels of the dust particles, known as a class-one carcinogen, including Wonju, a city in the northwestern Gangwon Province with 171 micrograms of ultra-fine dust and Cheongju in the central North Chungcheong Province with 162 micrograms, according to the weather agency.

Seoul logged a record high level of ultrafine dust Monday, with the daily average level surging to 118 micrograms, the highest figure since the government began tracking related data in 2015.

Local governments in 10 major metropolitan cities and provinces Tuesday maintained emergency measures to bring the dust levels down, limiting the vehicles on the road and output at key public emissions facilities.

"The air is so murky and my throat hurts that I even feel depressed," a citizen said. "It's as if there is a really thick fog."

"We only had about half the number of customers (yesterday). People don't want to go far for lunch, and everyone's going home right after work," a restaurant owner complained.

The weather authorities predicted the dust levels to stay high across the nation for most of the day. 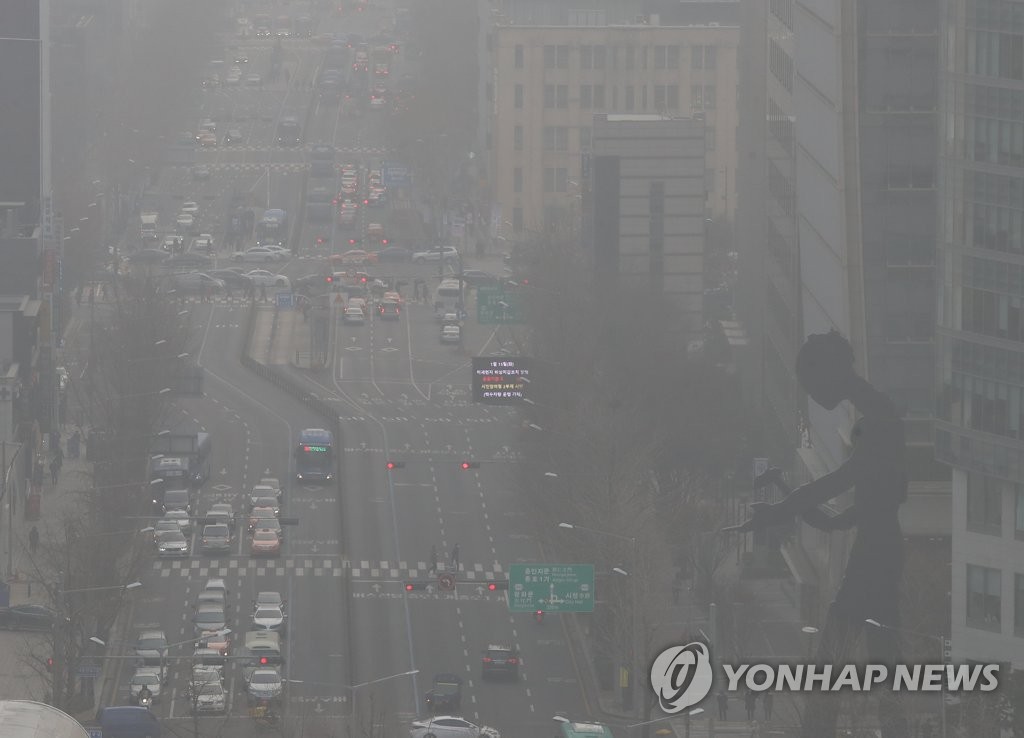