Formerly known as the Nexen Heroes in the Korea Baseball Organization (KBO), the Seoul-based club will now be called the Kiwoom Heroes. The club and the company signed the five-year deal worth 10 billion won (US$9.5 million) in November. 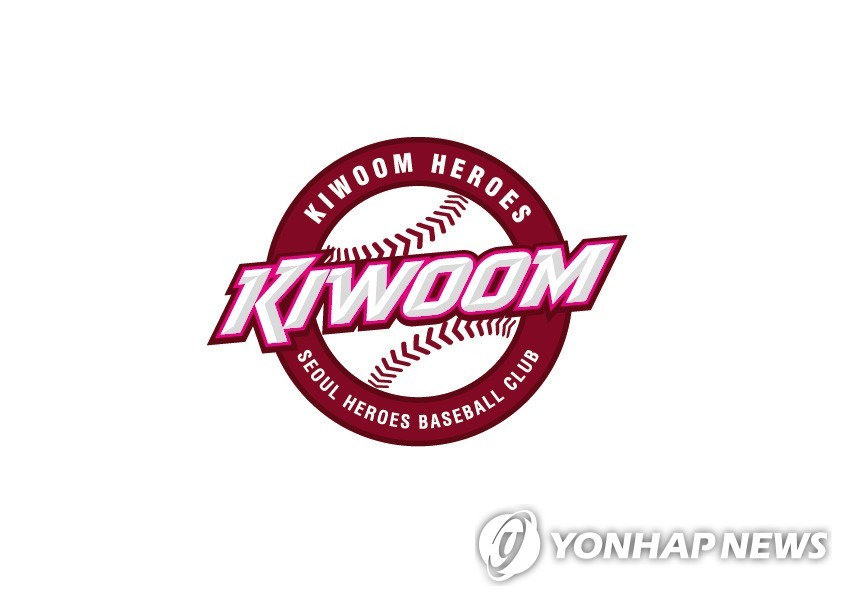 The Heroes maintained their signature colors of burgundy and white. On their emblem, the word "Kiwoom" is written across the image of a baseball.

Lee Hyun, CEO of Kiwoom Securities, said the company and the ball club have "similar DNA." Both had humble beginnings and used creative business models to achieve success in their respective fields, Lee noted.

"Hopefully, Kiwoom and the Heroes will form a great keystone combination and help with the development of Korean baseball," Lee said, using a baseball term that refers to an on-field partnership between the second baseman and the shortstop.

Park Joon-sang, the baseball club's president, said the new partners are also similar in the way they've been able to develop and nurture their own assets.

"Kiwoom is one of the most successful securities firms, and we've put great homegrown talent on the field," he said. "Under the new sponsorship, we'll be back in the new season better than before."

Star players for the club, including two former regular season MVPs, Park Byung-ho and Seo Geon-chang, trotted out new home and away jerseys, with the only major change being the name of their new sponsor across the chest.

"This is a new beginning for us, and we'll try to reach new heights this year and win a championship," Park said of a franchise still seeking its first title.

The Heroes, who play out of Gocheok Sky Dome in western Seoul, joined the KBO in 2008 in place of the cash-strapped Hyundai Unicorns. They were initially called the Woori Heroes, with the company Woori Tobacco holding the naming rights. 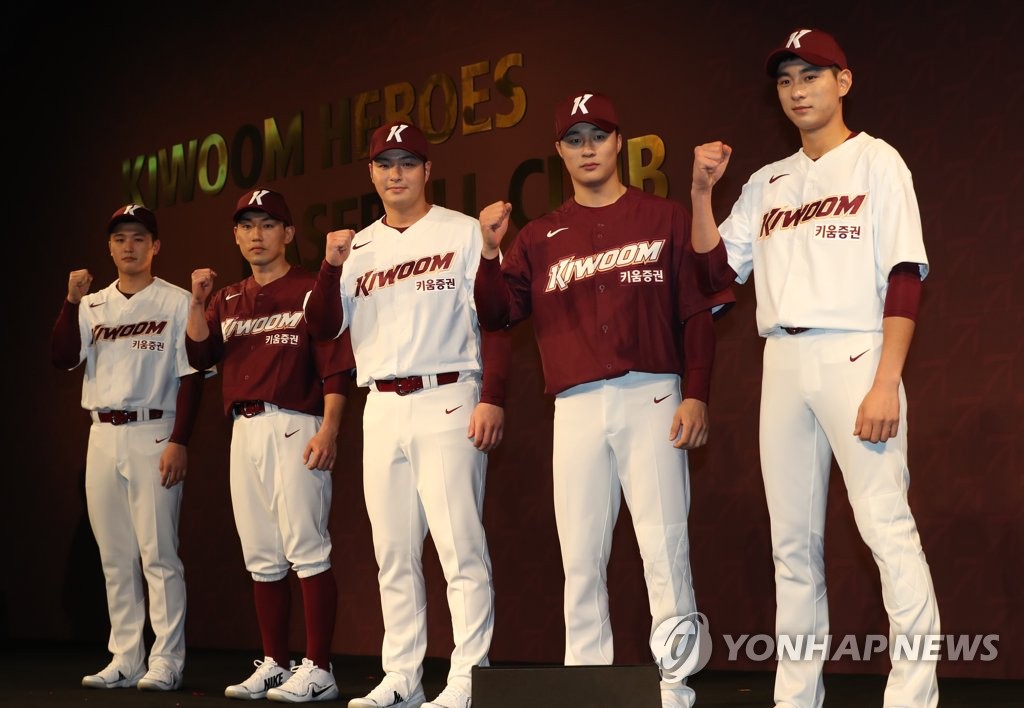