SEOUL, Jan. 15 (Yonhap) -- The 2017 Korean movie, "The Villainess," directed by Jung Byung-gil, will be made into a TV series in the United States as the first Korean film to be dramatized in the country, the film's distributor said Tuesday.

Contents Panda, the foreign sales arm of the distributor, Next Entertainment World, has recently signed a partnership with Beverly Hills-based Skybound Entertainment for the U.S. rendition, the South Korean company said.

"The Villainess" is the first South Korean film to be dramatized in the U.S. although a few Korean TV dramas have been remade into American ones.

Titled "Villainess," the U.S. version will deal with women raised to be killers in a Los Angeles secret ring.

Shooting will kick off after the scenario and the casting are completed, according to the Korean firm.

"I expect (the U.S. version) will provide added fun with action scenes and a continuous storyline," said director Jung, who will be part of the production team for the upcoming U.S. series. 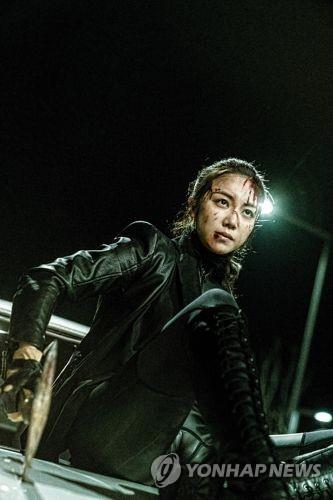 Korean film 'The Villainess' to be made into U.S. TV series

Korean film 'The Villainess' to be made into U.S. TV series