SEJONG, Jan. 16 (Yonhap) -- South Korea's trade ministry said Wednesday it will speed up efforts to clinch a free-trade agreement (FTA) with Britain amid rising woes over the country's move toward exiting the European Union without an agreement on matters such as customs.

The Ministry of Trade, Industry and Energy said it has decided to make greater efforts to reach the trade deal, as London's departure from the European Union is anticipated to have an adverse impact on South Korean companies that deal with the island nation.

The so-called no-deal Brexit refers to the country leaving the union without reaching an agreement on its post-Brexit relationship.

Ttrade volume between the two countries came to an all-time high of US$14.4 billion in 2017, helped by the free-trade agreement with the EU.

If London departs the EU, however, South Korean firms may no longer enjoy the benefits provided under the trade deal with the union when trading with Britain. This makes it essential that another free trade arrangement is reached.

Seoul said it will join forces with related organizations to keep track of updates in the issue.

The state-run Korea Trade-Investment Promotion Agency and the Korea International Trade Association said they will start helping local exporters to cope with Brexit and deliver their views to the government. 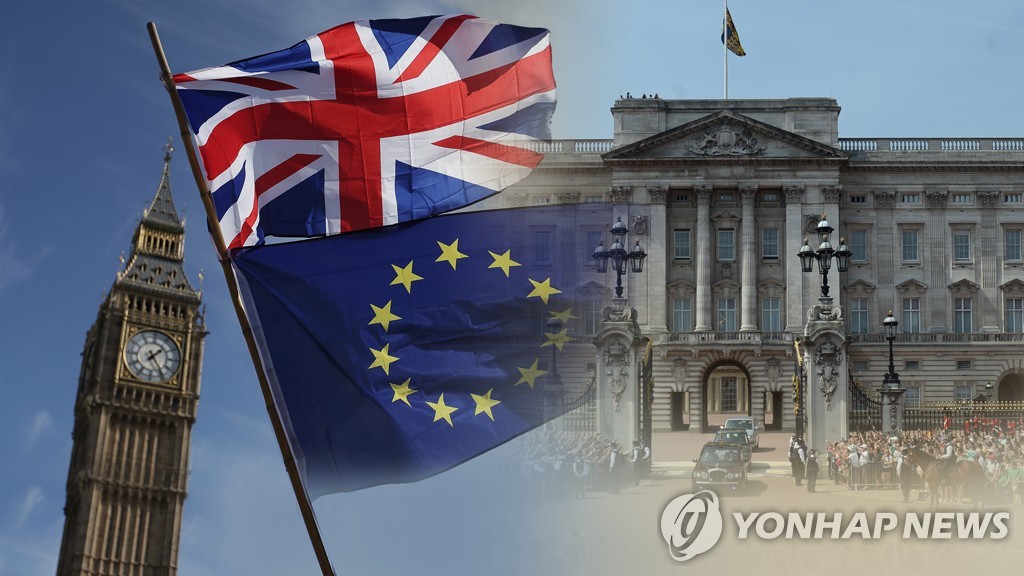 S. Korea to speed up FTA with Britain on looming no-deal Brexit

S. Korea to speed up FTA with Britain on looming no-deal Brexit