SEOUL, Jan. 16 (Yonhap) -- South Korea's finance minister said Wednesday that the government will increase the number of hydrogen fuel cell electric vehicles to about 80,000 units by 2022 as part of a broader effort to give a boost to the "hydrogen economy."

Hong Nam-ki, the minister of economy and finance, made the comments in a meeting with officials on innovation-led growth in southern Seoul. 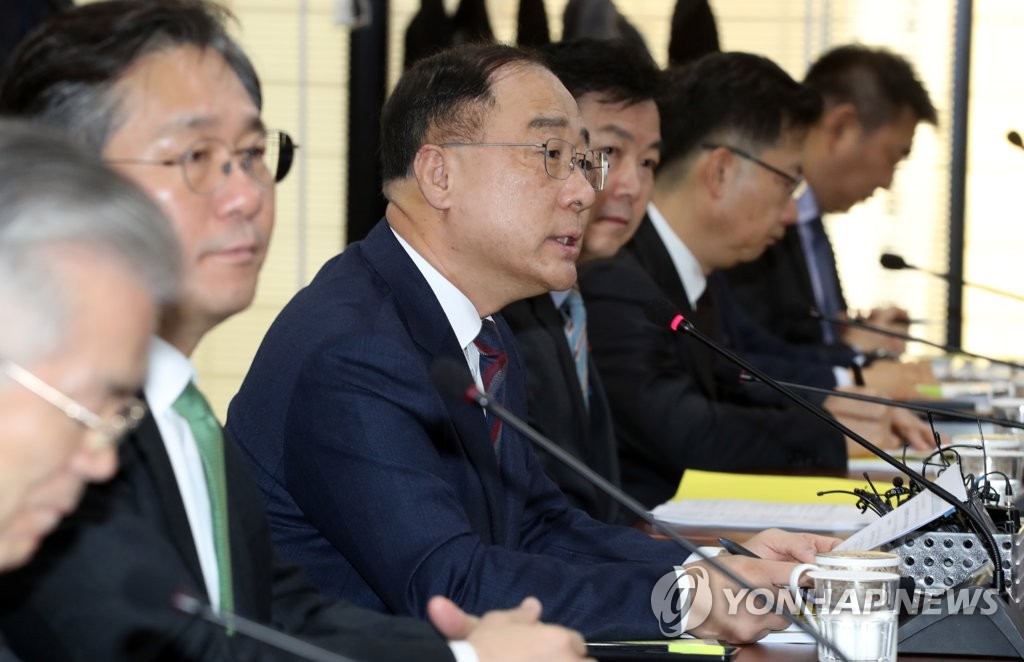 Hong said South Korea has come up with a strategy to cover a wide range of hydrogen economy issues such as production, storage, transport and utilization of hydrogen to dominate global markets.

He did not give any further details on hydrogen charging stations, a key element of the infrastructure needed to boost the number of zero-emission FCEVs.

Currently, there are only 15 charging stations for hydrogen fuel cell electric vehicles across South Korea, including two in Seoul, according to the Ministry of Trade, Industry and Energy.

South Korea plans to set up 71 additional charging stations this year before boosting the number to 310 by 2022, the ministry said.

On Thursday, South Korea is set to make an announcement on its strategy in a meeting to be presided over by President Moon Jae-in.

South Korea views the hydrogen economy as a new growth engine for its economy, which has relied heavily on semiconductors for decades.

Chips accounted for 21.2 percent of South Korea's total exports in 2018, compared with 10.9 percent in 2010, according to data compiled by the Institute for International Trade.

Hyundai has said its Nexo hydrogen fuel cell electric vehicle has an estimated driving range of 609 kilometers (378 miles) on a five-minute fill-up. 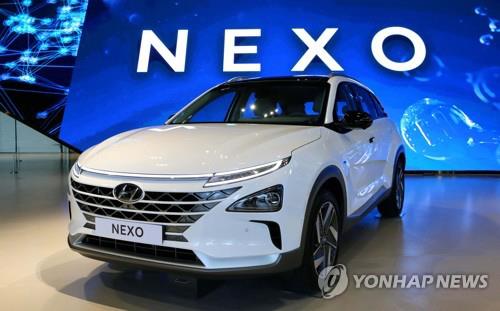 Separately, Hong vowed to boost the competitiveness of the manufacturing sector and to ensure new startups and industries face no regulatory obstacles that could hold them back.

Hong made the comments in his first meeting with business community leaders, including top representatives from the Korea Chamber of Commerce and Industry, which speaks on behalf of South Korean businesses.
(END)