SEOUL, Jan. 16 (Yonhap) -- South Korea's professional baseball league announced Wednesday it will allow games to be cancelled when fine air quality advisories are in place, starting in the 2019 season.

The Korea Baseball Organization (KBO) said its game operations officials assigned to each stadium will have the option of cancelling their game when warnings related to fine dust concentration are issued. The KBO said the call will be made one hour before first pitch. The decision was reached during the meeting of KBO brass and general managers of the league's 10 clubs on Tuesday. 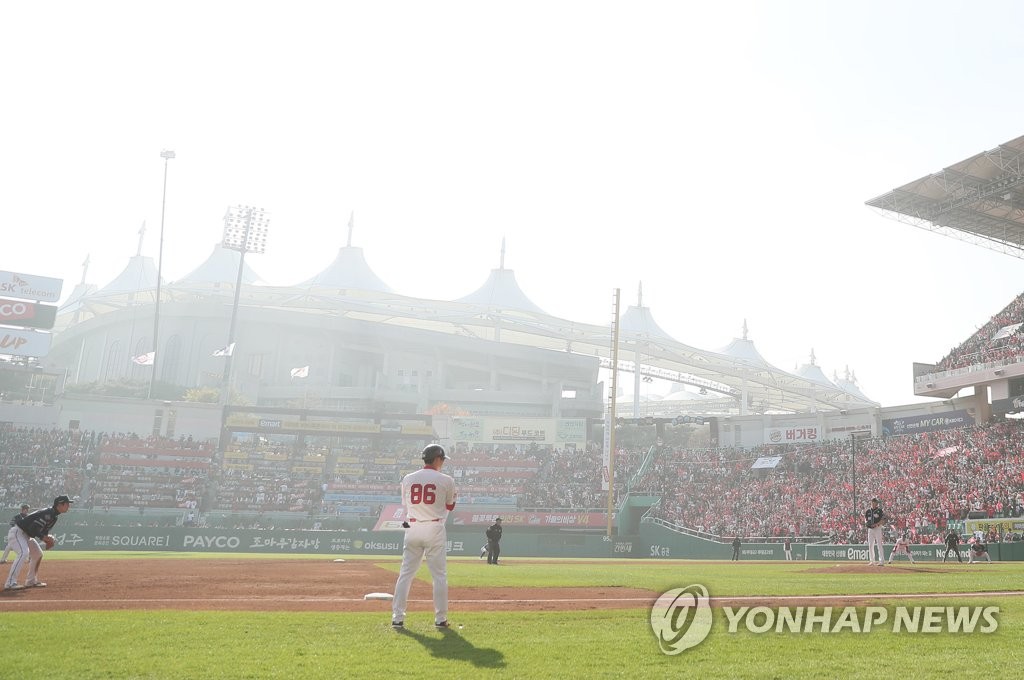 The fine dust warning is issued when the level of particles 2.5 to 10 micrometers in diameter (PM-10) is expected to exceed 300 micrograms per cubic meter (㎍/㎥) for more than two hours. For ultra fine dust, or particles smaller than 2.5 micrometers in diameter, (PM-2.5), the warning is put in place when the level is expected to remain over 150㎍/㎥ for longer than two hours.

Fine dust problems are relatively new, and the KBO previously let officials decide whether to cancel games based on air quality on the day, regardless of the presence of advisories.

On April 6, 2018, fine dust caused cancellations of three KBO games, the first time air problems forced such a move since the league's inception in 1982.

The Korean Series, the championship finals, was also played in dusty conditions last November, though no game was cancelled.

Among other changes, the KBO will allow umpires to call for a video review of one additional play per game at their discretion. The limit is two replay challenges per team in a nine-inning game, with one additional opportunity in extra innings. 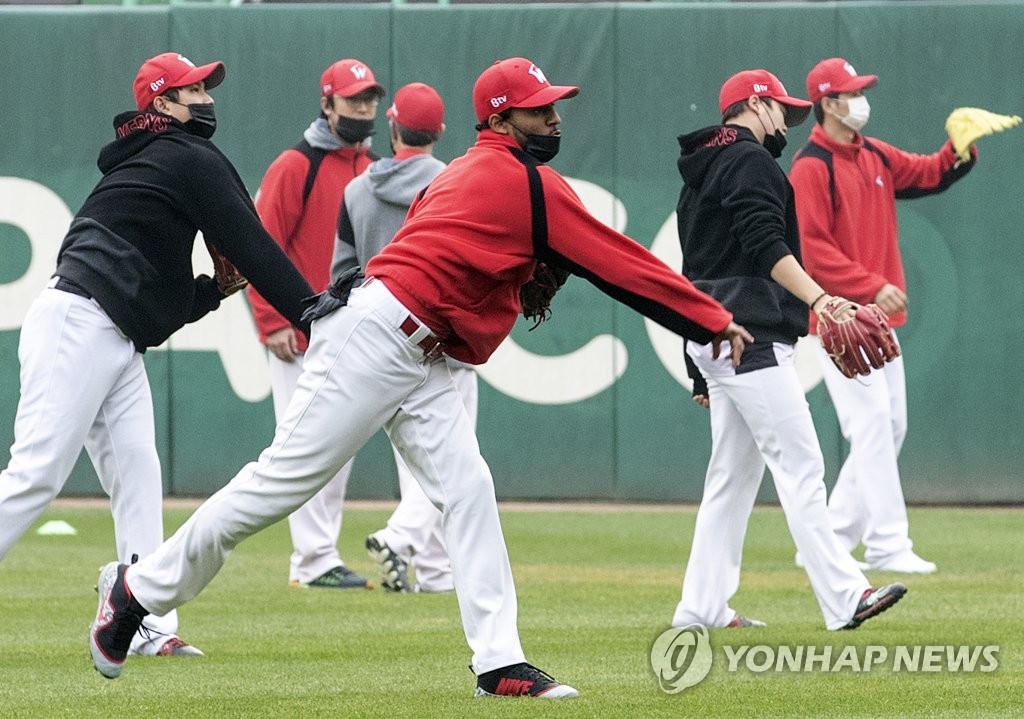