SEJONG, Jan. 17 (Yonhap) -- South Korea announced a hydrogen economy policy blueprint on Thursday that centers on promoting eco-friendly automobiles and power cells that could create 43 trillion won (US$38.2 billion) worth of wealth in 2040.

The Ministry of Trade, Industry and Energy said the policy is focused on building a society that harnesses hydrogen as the main source of energy for power generation, vehicles and other daily uses. Such an ecosystem will become the new growth engine for the economy, it added.

The government has not revealed any estimates of how much will be spent on implementing its plan.

The ministry said Asia's fourth largest economy will make extensive use of hydrogen, one of the most abundant elements in nature, to replace traditional energy sources, such a coal, oil and gas.

"While coal and other fossil fuels cause pollution, like fine dust, and release green house gases into the atmosphere, hydrogen can be considered very clean," the ministry said. 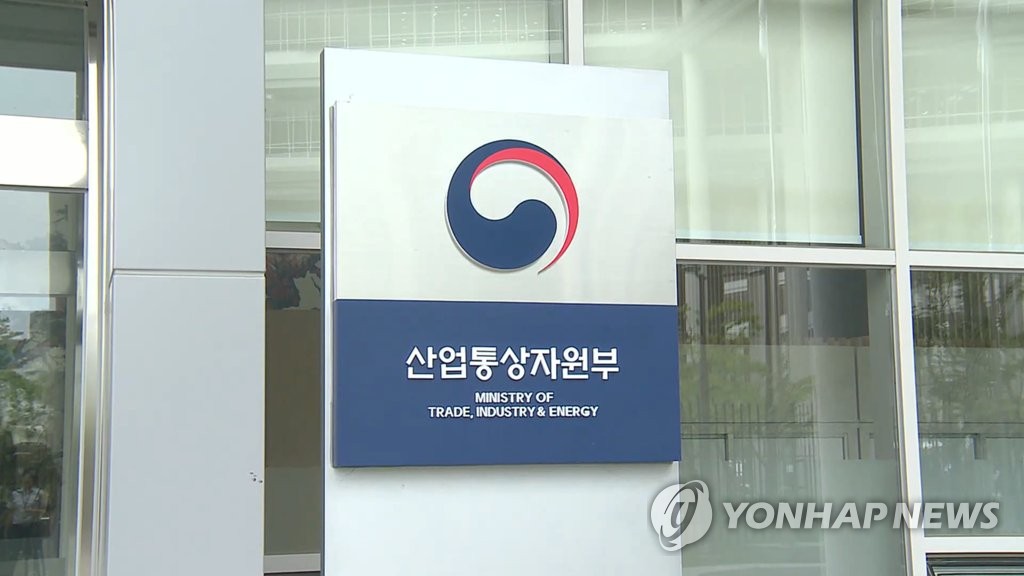 Under the vision, the cumulative number of hydrogen-powered vehicles produced by 2040 will reach 6.2 million units, including 3.3 million units for exports, making South Korea the world's top green carmaker. This is much larger than the 2,000 units produced up till 2018.

The number of charging stations for hydrogen cars will reach 310 in 2022, the ministry said, soaring from just 14 last year. The government plans to increase the number of stations to 1,200 by 2040.

Hydrogen vehicles will expand their presence in the country's public transportation systems as well. The ministry estimated there will be 80,000 hydrogen-powered taxis in 2040, along with 40,000 buses and 30,000 trucks running on the clean resource.

The ministry said new demand for hydrogen-based cars will spark growth in related industries, such as auto parts.

To promote hydrogen-powered vehicles, the ministry said it will make efforts to lower costs to make it more attractive to consumers. While the cost of hydrogen per kilogram is roughly 8,000 won in South Korea, the government plans to lower the figure to 3,000 won by 2040.

The ministry claimed that a hydrogen car is not an excessively expensive option compared to other options.

Using a calculation based on market prices from November 2018, it costs around 8,700 won to drive 100 kilometers in a diesel car in South Korea and 11,600 won in a gasoline-powered car. It costs an electric vehicle 4,400 won over the same distance, while it's 8,300 won for a hydrogen car.

The government plans to provide subsidies for those purchasing new cars, claiming that it plans to set an average hydrogen-powered vehicle's price at 35 million won including discounts in 2025, with annual production reaching 100,000 units that year.

The increased number of hydrogen cars will help South Korea to effectively tackle fine dust, which has recently emerged as a major health concern. 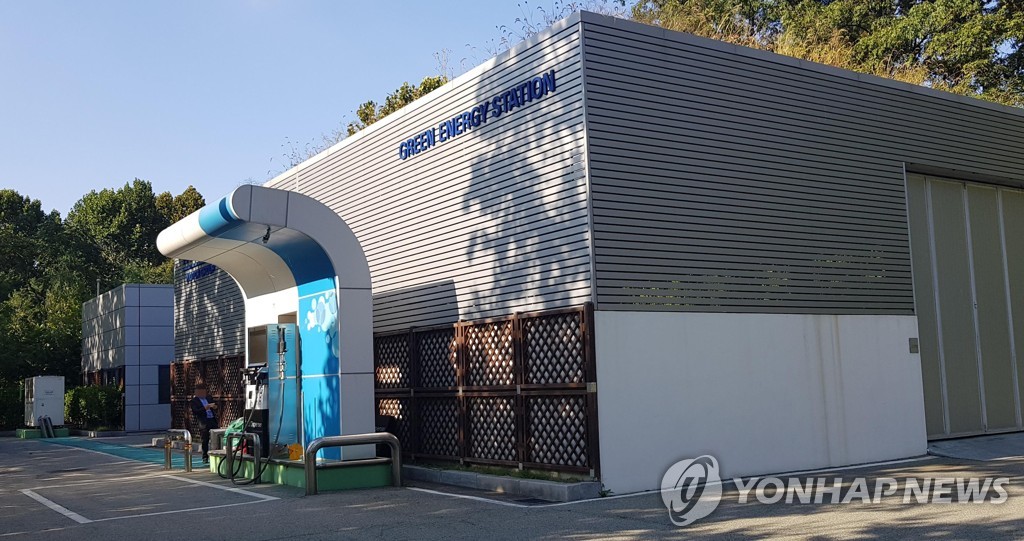 In the energy segment, South Korea plans to supply 1 gigawatt (GW) of new hydrogen capacity by 2022 for power generation, with the numbers rising gradually to reach 15GW in 2040 -- 8GW for domestic use.

The 8GW capacity is about 7 percent of South Korea's combined power generation capacity of around 110GW.

The country also seeks to supply 2.1GW of hydrogen power for houses and buildings by 2040, which is enough for 1 million households. The government said it is considering a move to make hydrogen fuel cells mandatory for new buildings.

The government especially ruled out concerns over the safety of hydrogen power, claiming charging stations can be installed in downtown areas without any risk.

The ministry said there have been no accidents at charging stations in major countries like the United States, Japan, and European nations.

An average hydrogen fuel tank can endure a weight of 7,300 tons and passes various safety tests, including resisting fire and gunshots. The ministry said that as hydrogen is much lighter than air, it will disperse quickly if leaked, making it highly unlikely to explode.

"The government plans to establish a safety system in managing hydrogen resources in the entire cycle of production, storage, delivery, and usage," the ministry said, claiming it plans to improve the public's awareness by guaranteeing that it is as safe as conventional gas stations.

The government has been making efforts to adopt more environmentally friendly energy sources as South Korea continues taking steps to break away from nuclear power.

"When it comes to efficiency, it is true that nuclear plants are better," an official from the ministry said. "But we cannot only take economic aspects into consideration. There are other factors, such as the environment."

Given that the policy runs through 2040, there are concerns over the continuity of the program due to new administrations taking power.

The ministry said there are six bills pending at the National Assembly related to the hydrogen economy drive and claimed there will be legal grounds to maintain the program over the coming years.

"South Korea boasts world-class technology in terms of hydrogen cars and power cells. The country has top-notch petrochemical industries and the capability to produce hydrogen, along with a nationwide natural gas supply chain. The blueprint is not at all unfeasible," another ministry official said. 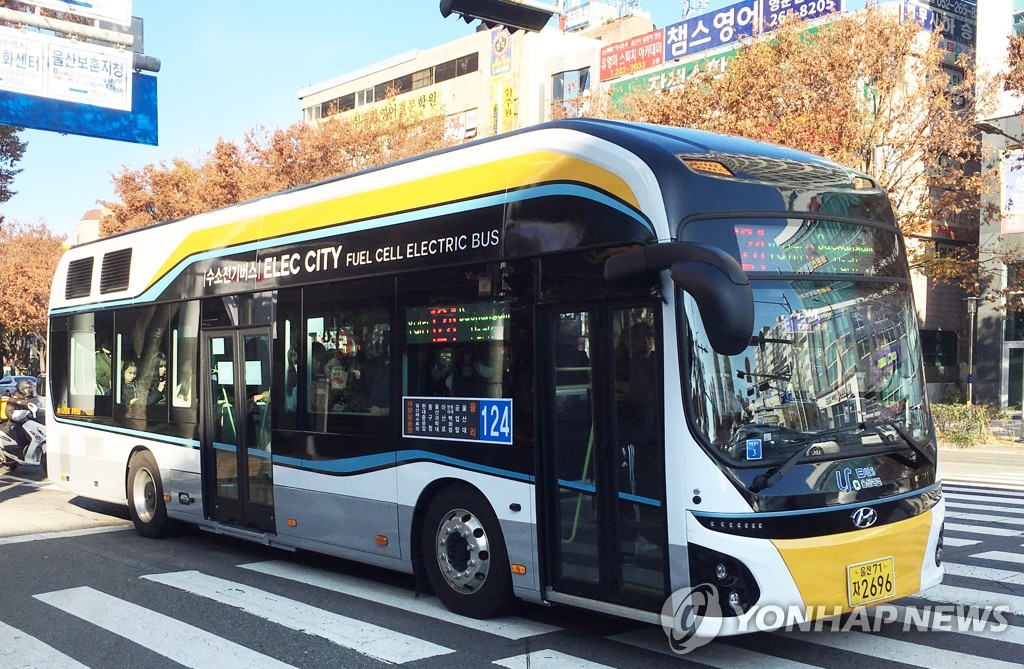