SEJONG, Jan. 17 (Yonhap) -- South Korea's agricultural ministry said Thursday its Australian counterpart agreed to allow the country to continue exporting pears in 2019, which was earlier suspended due to fire blight.

South Korea, which first shipped pears to Australia in 2004, was required to stop shipments of the fruit in early 2015 due to the outbreak of fire blight, which has the capability to destroy a whole orchard in a single growing season.

While the ban was lifted later that year, the Ministry of Agriculture, Food and Rural Affairs has been holding talks with the Australian ministry every year to renew the approval.

This year, the government said it has reached an agreement to ship pears from three regions, Sangju, Hadong and Naju, which are well known for producing quality fruits under the condition that Seoul can prove that the areas are free from the outbreak.

The ministry said it will work closely with local orchards to prevent future outbreaks of diseases as well. 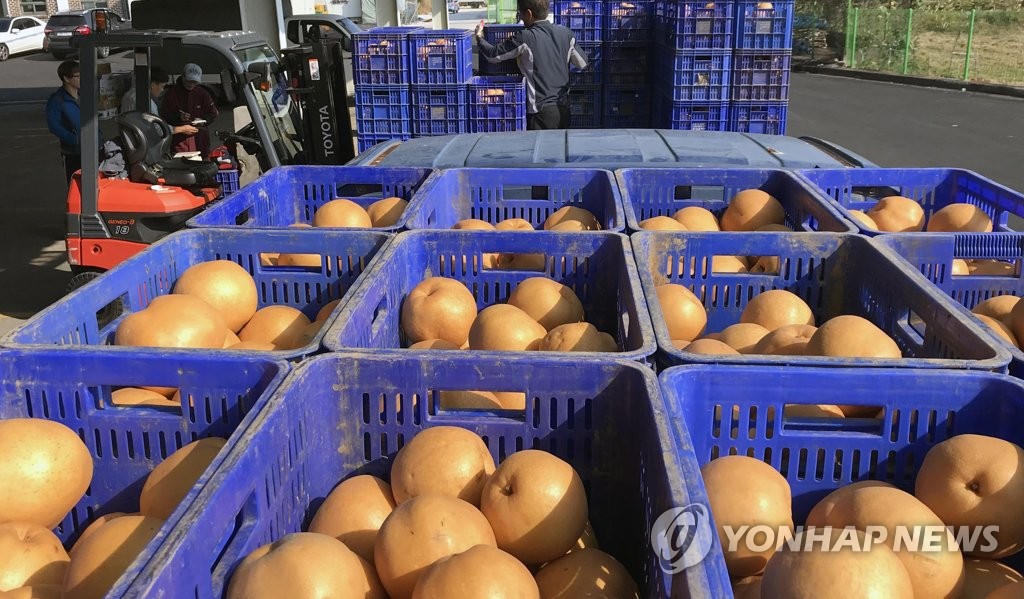 S. Korea gets nod to export pears to Australia in 2019

S. Korea gets nod to export pears to Australia in 2019