SEOUL, Jan. 17 (Yonhap) -- President Moon Jae-in officialized a move to build a so-called hydrogen economy Thursday, one day after the government announced an ambitious plan to increase the number of hydrogen-powered vehicles in the country to 80,000 in less than four years.

"Our government's determination to (build) a hydrogen economy is firm," the president said during a visit with leaders from hydrogen-related businesses, including Hyundai Motor Co.

The South Korean automaker is one of the global leaders in hydrogen fuel cell electric vehicles (FCEVs). There are currently only about 2,000 hydrogen FCEVs in South Korea, but the finance ministry said on Wednesday that it will work to increase the number to 80,000 in 2022. 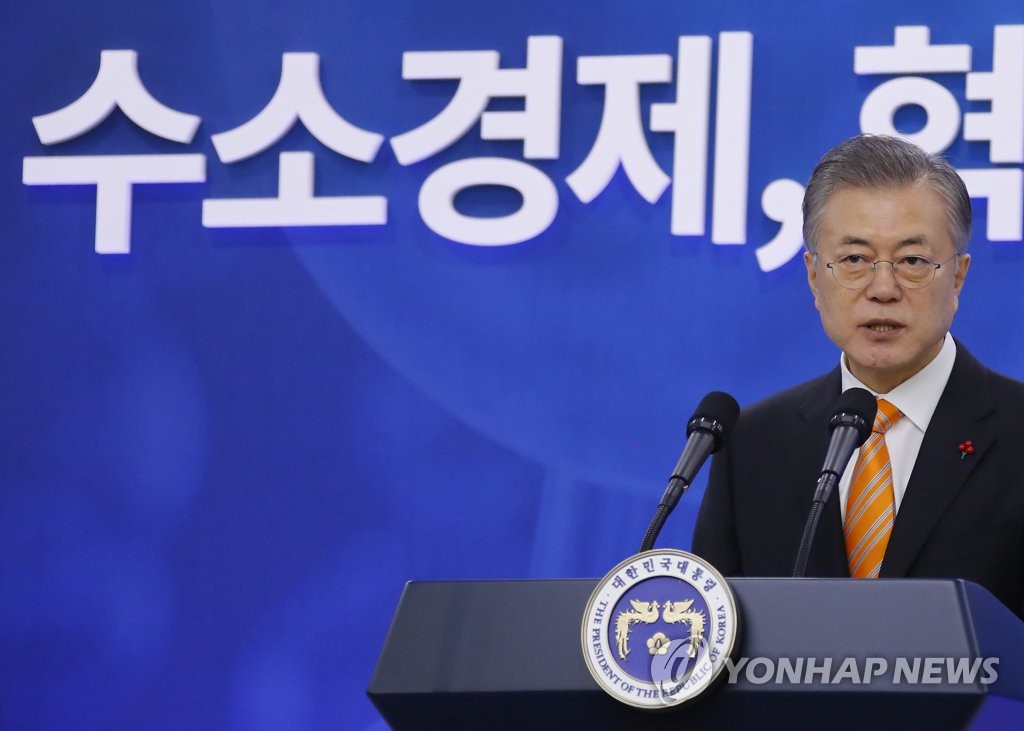 "Unlike carbon, which creates greenhouse gas and fine dust, hydrogen is a clean energy that produces only water as a by-product. Also, hydrogen cars have the effect of purifying fine dust when in operation," the president told the meeting in Ulsan, an industrial city located 410 kilometers southeast of Seoul that houses many hydrogen-based businesses, including a Hyundai Motor facility.

Moon unveiled plans to increase the number of hydrogen-powered vehicles in the country to 1.8 million by 2030.

To this end, the government will start providing subsidies for fuel cell electric taxis and trucks, he said.

"Should the number of hydrogen cars reach the government target by 2030, it is forecast to annually reduce about 30,000 tons, or about 10 percent, of the fine dust that is currently produced," the president said, according to a copy of his remarks released by his office Cheong Wa Dae in Seoul.

The president has recently stressed the importance of hydrogen as a new energy source, but Thursday's comments mark the first time he has made his administration's move toward a hydrogen economy official.

"Hydrogen is an endless resource that can be found anywhere. Right now, extracting (energy) from fossil fuels is common, but generating renewable energy from solar, wind and bio energy sources will become more common in the future," said Moon. 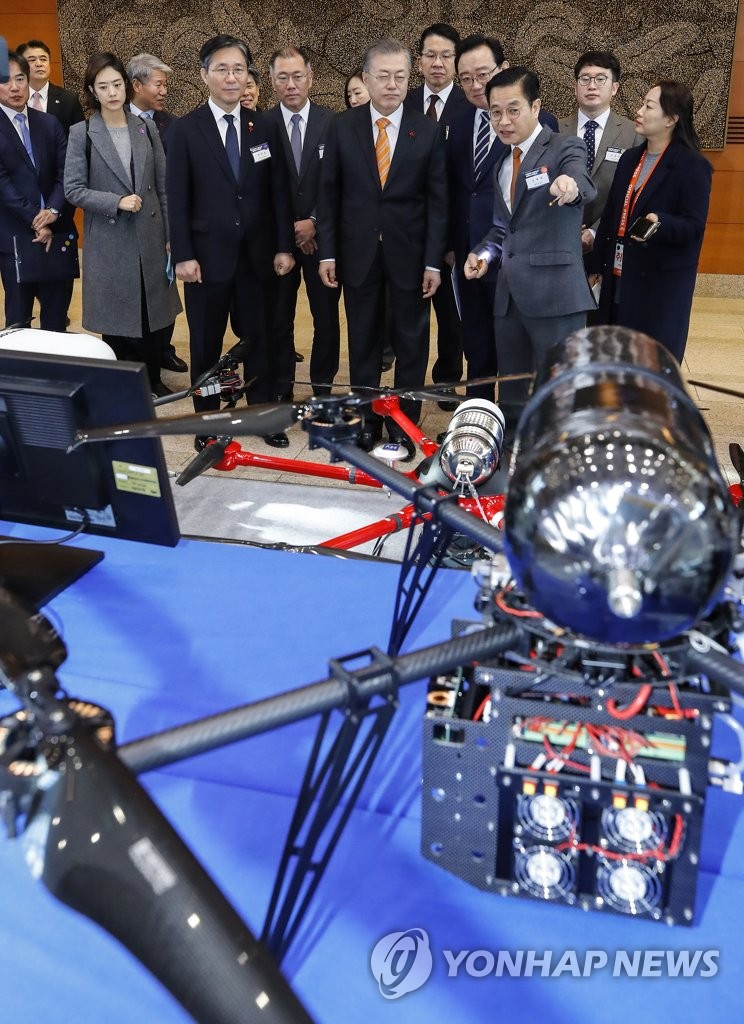 He also insisted the country had no choice but to move toward renewable energy.

"We are an energy-poor country that relies on imports for 95 percent of its energy needs. Once we are able to supply a certain portion of energy through the hydrogen economy, we may more steadily develop our economy and enhance our energy security," the president said.

The president said the move itself toward the new energy source will also contribute to the local economy, noting the new energy sector will create 200,000 new jobs by 2030.

"The hydrogen economy will open doors to a new opportunity for us," he said.