The video, posted a month ago, has reinforced speculation that Washington might be considering acknowledging Pyongyang as a de facto nuclear power should the communist regime forgo its long-range missiles capable of striking the continental U.S.

"The USFJ has become aware of the controversy over the video that it has produced and published," the official told reporters on condition of anonymity.

The official added that the USFJ plans to delete both the depiction of the North as a declared nuclear state and the number of its nuclear arms.

In reference to "three declared nuclear powers," the video showed that Russia, China and North Korea have more than 4,000, 200 and 15 nuclear weapons, respectively.

The video also described East Asia as being "characterized by territorial disputes extending back decades or even centuries and a regime that stands at the crossroads of peace and conflict and long-term strategic competition that will shape the region for decades to come."

Washington and Pyongyang are expected to hold high-level talks this week to coordinate details over a possible second summit between President Donald Trump and North Korean leader Kim Jong-un.

The summit, if held, is expected to focus on making progress in their hitherto lackluster negotiations over Pyongyang's denuclearization. 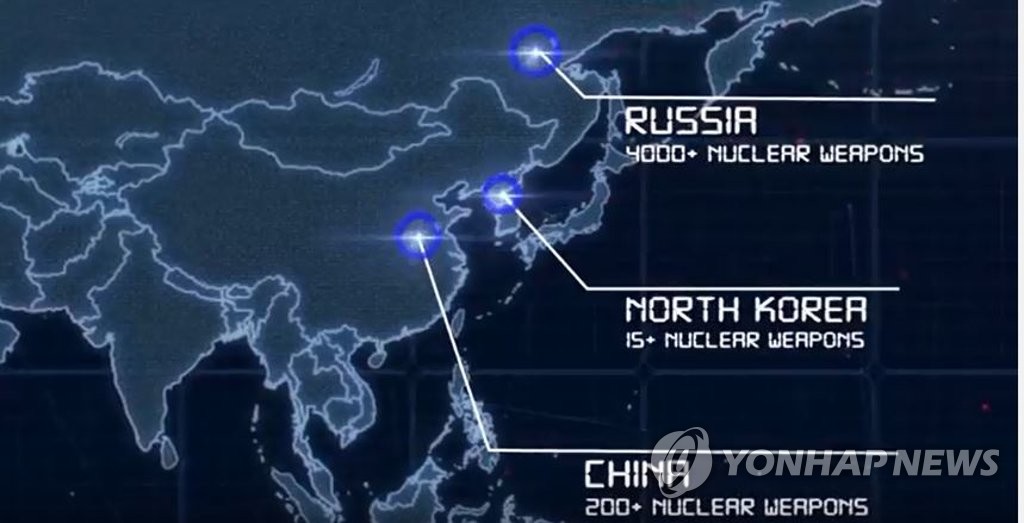