SEOUL, Jan. 17 (Yonhap) -- South Korea's managerial search for the national baseball team began in earnest on Thursday, as officials tasked with the responsibility met for the first time. 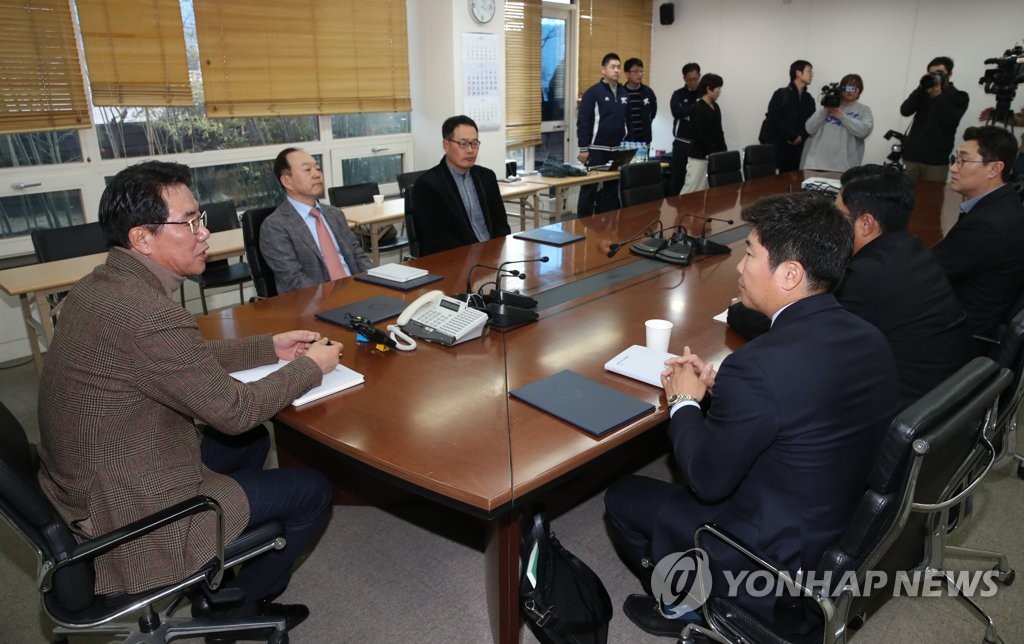 Kim, who was appointed in December, named six other members to the committee on Monday: five former players in Lee Seung-yuop, Choi Won-ho, Lee Jong-yeol, Ma Hae-young and Park Jae-hong, plus orthopedic surgeon Kim Jin-seob, who will double as the national team doctor. Lee Seung-yuop was absent due to a prior commitment with his scholarship foundation.

The committee's main responsibility is filling in the managerial vacancy at the national team following the resignation of Sun Dong-yol in November.

Sun, who in July 2017 became the first full-time national team manager, stepped down amid controversy surrounding his roster choices at the Asian Games last summer. South Korea won its third straight gold medal at the tournament but was not widely celebrated in the baseball-crazed country.

At first, Sun was defiant in the face of criticism that he'd picked undeserving players to help them earn military service exemptions, but succumbed under mounting pressure and quit in disgrace. Sun's term was to run through the 2020 Tokyo Olympics.

Kim Si-jin, the technical director, said he'll try to select the new manager by the end of January, at the latest.

"In our first meeting, we went over a wide range of candidates," Kim said. "In our second meeting next Wednesday, we'll look to narrow down the list to three to five candidates. I feel confident we can have the new skipper in place in January."

Kim said the job is open to all former players, but ideally, he'd like someone with some managerial experience and a distinctive voice in the dugout and the club house.

"We don't want to feel too rushed, but at the same time, there has to be some general consensus within the committee to reach our conclusion quickly," Kim added. "After our first meeting, we found out that we share a lot of the same ideas." 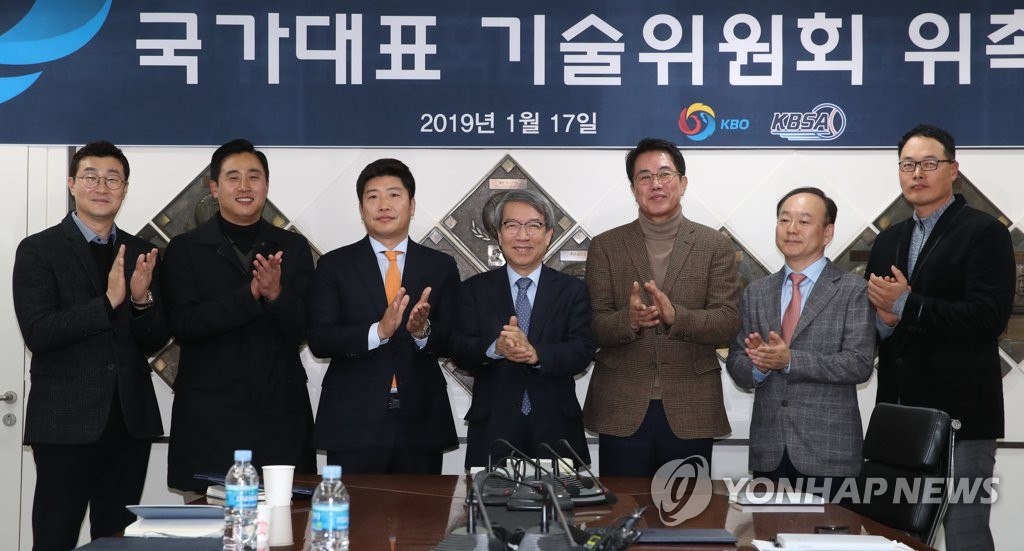 The Premier 12, scheduled for November 2019 as a qualifying event for Tokyo 2020, will be the first major competition for the new national team skipper.

In 2020, baseball will return to the Olympics after an eight-year absence. South Korea won the most recent Olympic baseball gold, in Beijing in 2008, and won the inaugural Premier 12 in 2015.

Baseball in Tokyo will feature six nations. At the upcoming Premier 12, the top finisher from the Americas and the top country from the Asia/Oceania region, excluding Olympic host Japan, will earn direct entries into Tokyo 2020.

In a ceremony before the meeting, KBO Commissioner Chung Un-chan presented the committee members with letters of appointment.

Chung pledged to give the new manager the full authority to run the national team program. It was an about-face for Chung, who, in a parliamentary audit last October at the height of the Asian Games controversy, said he didn't think South Korea needed a full-time manager. Sun later said Chung's comment played a part in his decision to resign.