(ATTN: UPDATES with official's arrival at hotel, other details in last 3 paras)

WASHINGTON, Jan. 17 (Yonhap) -- A senior North Korean official arrived in Washington on Thursday apparently for negotiations with Secretary of State Mike Pompeo on a second summit between the two sides.

A plane from Beijing carrying Kim Yong-chol, known as one of the closest aides to leader Kim Jong-un, and his entourage touched down at Dulles International Airport.

It's the first time that a North Korean government official has flown directly into the U.S. capital without any stopover in another U.S. city. 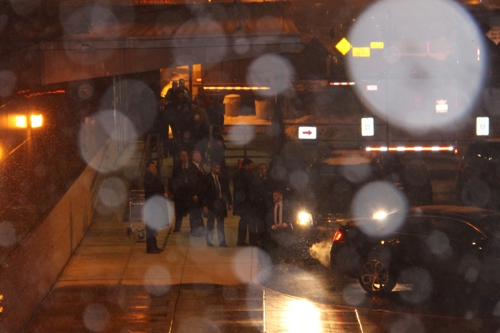 He left the airport through a side door, accompanied by what appeared to be U.S. and North Korean officials, including Stephen Biegun, the U.S. special representative for North Korea.

Biegun was seen inside the airport earlier but refused to answer reporters' questions.

Kim, vice chairman of the ruling Workers' Party Central Committee, is expected to have talks with Pompeo on Friday in a bid to finalize the details of another meeting between the leaders of the Korean War foes.

He will also likely pay a courtesy call on U.S. President Donald Trump and convey to him a letter from Kim Jong-un.

There is no word from the Trump administration on the envoy's visit. The State Department has repeatedly said it has "no meetings to announce."

The last time Kim Yong-chol and Pompeo were scheduled to meet, in New York in November, the State Department abruptly announced the meeting's postponement at a day's notice, reportedly at the North's request.

A second summit between Trump and Kim would seek to break an impasse in negotiations over the North's nuclear weapons program.

Trump and Kim first met in Singapore in June and agreed to work toward the complete denuclearization of the Korean Peninsula in exchange for security guarantees for the regime.

The North insists the deal calls for sanctions relief and other corresponding U.S. measures for the denuclearization steps it has taken so far, including its dismantling of a nuclear testing site.

U.S. Vice President Mike Pence said Wednesday that the North has yet to take "concrete steps" to dismantle its nuclear weapons.

Some time after he left the airport, Kim Yong-chol was filmed by broadcasters entering the Dupont Circle Hotel, some 10 blocks north of the White House.

He is expected to stay for three days and return to Pyongyang via Beijing on an Air China flight departing at 3:35 p.m.

The last senior North Korean official to stay in Washington overnight was the late Vice Marshal Jo Myong-rok, who visited the U.S. capital in October 2000 and met with then U.S. President Bill Clinton. 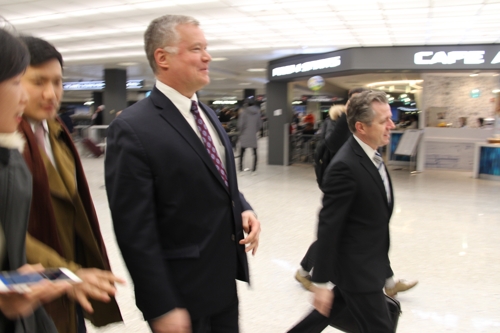