STOCKHOLM, Jan. 20 (Yonhap) -- Senior officials from the United States and North Korea have kicked off working-level talks in Sweden to prepare for a second summit between the leaders of the two countries, sources said Sunday.

It is the first time that Biegun has met Choe for working-level denuclearization talks since he became the U.S. nuclear envoy in August last year.

South Korea's top nuclear envoy, Lee Do-hoon, also arrived in Sweden on Friday for possible three-way negotiations with them as a potential mediator in denuclearization talks.

The meeting came as Kim Yong-chol, a top North Korean official, wrapped up his three-day visit to Washington on Sunday after meeting with U.S. President Donald Trump and agreeing to hold a second summit next month between Trump and the North's leader, Kim Jong-un.

The White House said Friday that Trump and Kim will hold a second summit "near the end of February," without elaborating on the date and venue.

But the denuclearization talks have been at an impasse, with the North calling for sanctions relief and corresponding measures by the U.S. for the denuclearization steps that it has taken so far, such as the dismantling of a nuclear test site. But Washington has insisted that sanctions and pressure will be maintained until North Korea implements sincere denuclearization measures, including declaring a list of its nuclear weapons.

Experts have said that the U.S. and North Korea may seek to focus on making some concessions to break the current deadlock.

Some have floated an idea of a small package deal that may involve the North shutting down or freezing operations at the Yongbyon nuclear complex and dismantling intercontinental ballistic missiles (ICBMs) in exchange for Washington's partial sanctions relief. 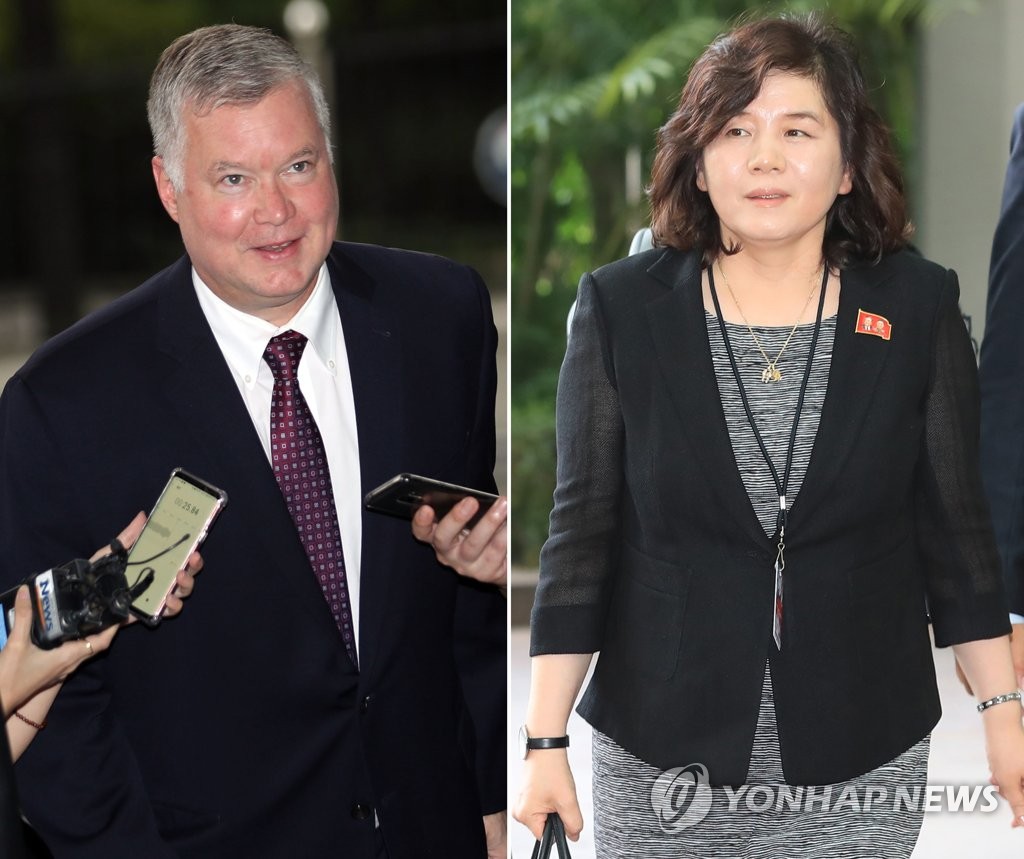 U.S., N.K. kick off working-level talks for second summit of their leaders

U.S., N.K. kick off working-level talks for second summit of their leaders