The president also promised all-out efforts to help ensure the success of what will be a second U.S.-North Korea summit.

"Now our interest is in the outcome of the second North Korea-U.S. summit. Though we may not know the outcome right now, one certain thing is that international political conditions surrounding the Korean Peninsula are changing rapidly," Moon said while meeting with his top aides at his office Cheong Wa Dae.

"This is the first opportunity that has been presented to us in 65 years since the end of the Korean War in 1953, and one that may never come again. We must take advantage of this opportunity, no matter what. We must take this opportunity and peacefully resolve the North Korean nuclear issue," the president added, according to Cheong Wa Dae pool reports. 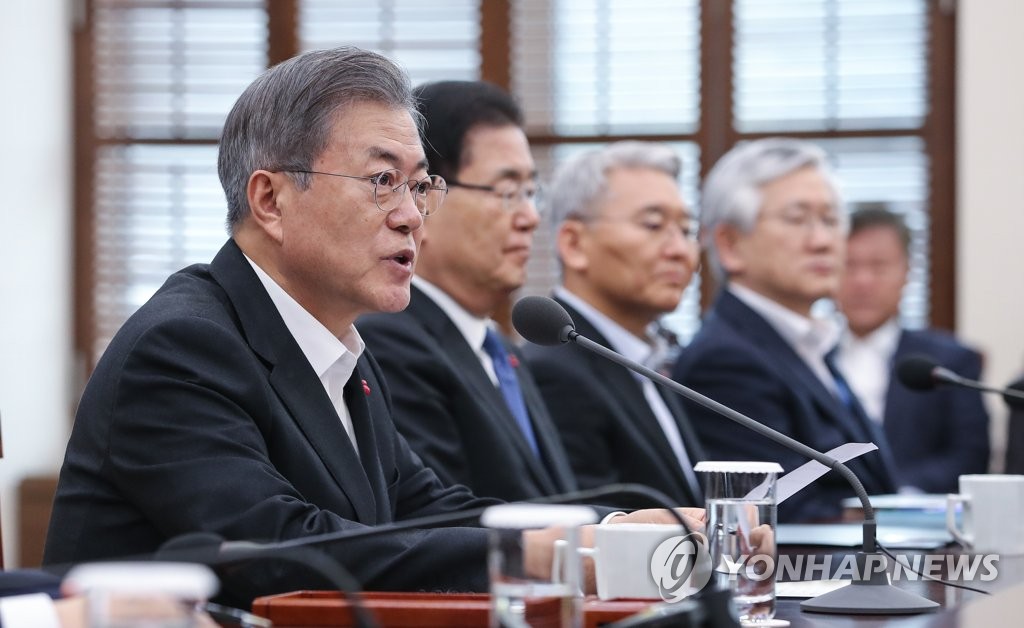 Moon's remarks came after U.S. President Donald Trump said he and Kim will likely hold their second bilateral summit toward the end of next month.

Trump and Kim first met in Singapore in June.

Moon noted there may still be many doubts about the success of the U.S.-North Korea summit but insisted it was his and his entire country's duty to make sure the talks will be a success.

"There may be doubts on whether the (talks) will work to the end. But it is our role to make sure they will work until the end," the president was quoted as saying.

"We must do what we can to make sure (they) will work to the end, and there is a lot we can do. That is because the issue is more urgent to us than any other country in the world," Moon added, according to the pool reports.

"There may be numerous thoughts on specific ways to get (to peace), but I ask the people to become one-minded when it comes to our direction and main goal," he said. "I ask the political circle to also overcome their political stances and approach the issue with a national cause."