SEOUL, Jan. 21 (Yonhap) -- Actor Hyun Bin and his recent movie co-star, Son Ye-jin, have both denied rumors that they are romantically involved, according to their agencies, after a suspected photo of them shopping together began to circulate on the Internet.

Both of their agencies said they met in the United States for a get-together with their friends and they are not dating.

"They are close and as far as we know they just met for a catch-up," Hyun's VAST Entertainment agency told Yonhap.

"They hung out with their friends in a group and they were with friends at the grocery store. They are not dating," her agency official said.

Rumors about the two dating reignited after a photo of them went viral on the Internet on Monday.

In the picture, Hyun and Son, wearing black caps and sunglasses, were supposedly shopping for groceries at a supermarket outside of Korea.

Earlier this month, the two were caught up in dating rumors and both agencies have denied the rumors.

Hyun and Son co-starred in their latest movie, "The Negotiation." 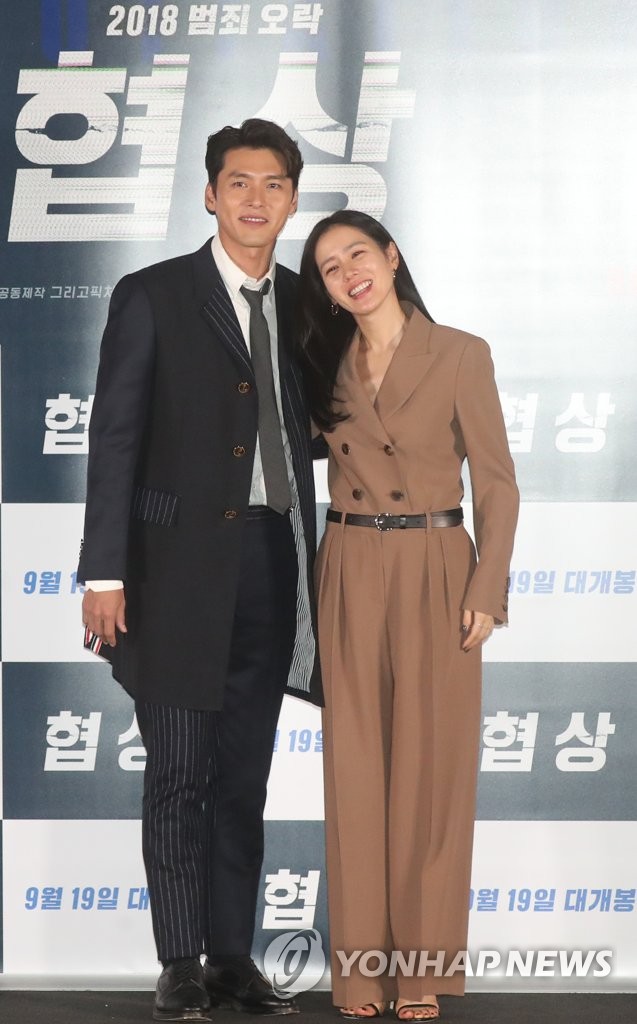