SEOUL, Jan. 22 (Yonhap) -- Exports of South Korean washers to the United States fell nearly half last year due to hefty tariffs, but they continued to maintain their leading position in the key market, data showed Tuesday.

Shipments of Korean washers to the U.S. stood at US$187 million in 2018, tumbling 44.2 percent from a year earlier, according to the data compiled by the Korea International Trade Association (KITA).

The slumping sales were mainly attributable to safeguard duties implemented by Washington in February, which forced major home appliance makers -- Samsung Electronics Co. and LG Electronics Inc. -- to raise their prices in the U.S. market.

While the U.S. government imposed the duties to benefit American appliance maker Whirlpool Corp. it apparently failed to accomplish its intended goal, at least for now.

Samsung and LG took 19 percent and 18 percent of shares, respectively, in the U.S. washer market in 2018, with their combined percentage rising by 1 point from a year earlier, KITA said.

Industry officials said the Korean appliance makers' increased production in their American factories and release of premium products helped ease the burden from the strong duties.

"Samsung and LG raised their sales prices in the U.S. to reflect the tariffs, negatively affecting their 2018 sales. But starting production in American factories reduced the burden of the tariffs," an industry insider said. "The two companies also succeeded in differentiating themselves in the U.S. market by releasing a series of premium products." 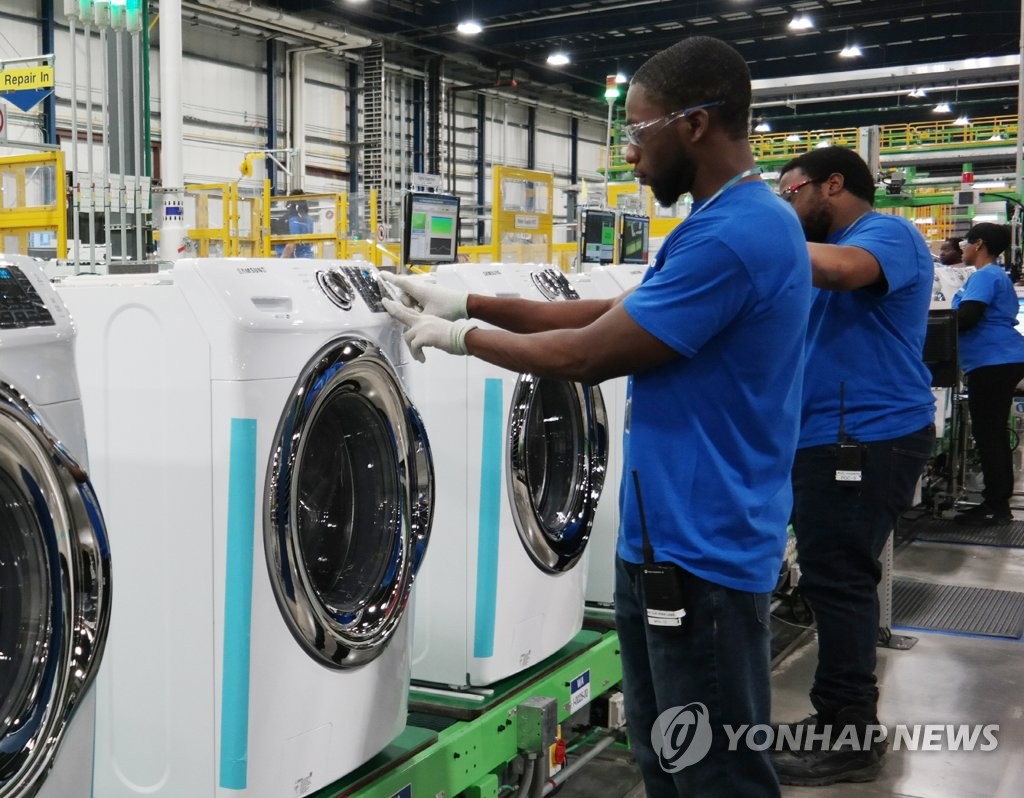