SEOUL, Jan. 22 (Yonhap) -- Harry Harris, the U.S. ambassador to South Korea, has apparently come to the fore in Washington's call for more money from Seoul for its troops here, potentially taking a toll on Washington's public diplomacy with its key regional ally.

The two sides have been in a tug-of-war over how much Seoul should pay for the presence of the 28,500-strong U.S. Forces Korea (USFK).

Despite ten rounds of negotiations led by veteran diplomats last year, they failed to strike a deal.

The Trump administration demands South Korea sharply increase its burden from the current 960 billion won (US$850 million) a year. A related five-year contract expired at the end of 2018.

Amid a protracted stalemate in the talks, Harris visited the presidential office, Cheong Wa Dae, in late December to discuss the issue, according to The Dong-A Ilbo, a Seoul-based daily.

He met with National Security Adviser Chung Eui-yong and asked the government to accept the U.S. offer, the newspaper quoted a government source as saying.

The retired admiral, who once commanded America's Pacific forces, even said Washington may consider "implementing the South Korea-U.S. Mutual Defense Treaty in a different way," it reported.

If confirmed, many would view it as de-facto form of pressure or blackmail against Seoul. In particular, doubts are palpable about the Trump administration's regional security strategy. 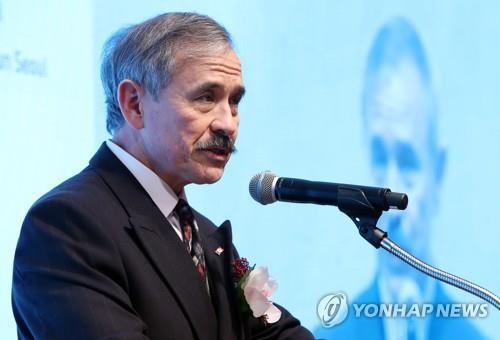 The U.S. Embassy in Seoul refused to comment on the matter, citing "confidential diplomatic discussions," the daily said.

Last week, Harris contributed a special op-ed to another local daily, in which he said South Korea "should do significantly more to share the burden" of defending the country.

As the top U.S. envoy here, it's natural for him to work for his country's national interest. But he risks hurting public diplomacy, another key role and mission in Korea.

In fact, his public talk of more taxpayer money for the USFK has raised the eyebrows of at least some people here.

Winning hearts and minds is a tough but very important task, especially for a U.S. ambassador.

Koreans have traditionally been sensitive to the high-handedness of U.S. officials, although anti-American sentiment has considerably lessened compared with previous decades. The impression that the U.S. is putting pressure on South Korea over either economy or alliance issues is inimical to them.

In 2008, then U.S. Ambassador to South Korea Alexander Vershbow sparked public anger with a remark that Koreans need to "learn some more science" in response to massive protests against the imports of American beef amid concerns about mad cow disease.

Many took issue with his attitude in delivering such a public message.

In contrast, his successor, Kathleen Stephens, was beloved by people here for her humble attitude and efforts for public diplomacy. 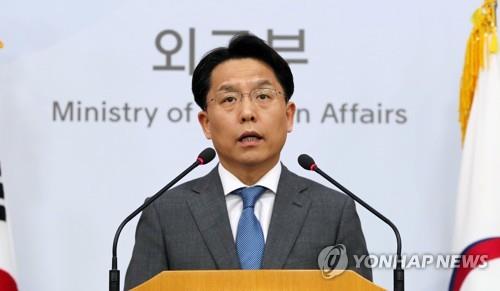 The foreign ministry's spokesman Noh Kyu-duk later confirmed that the ambassador had met with Chung. He would not comment on the details of their discussions.

"Our government is making efforts to reach a reasonable agreement, mutually acceptable, as early as possible on the basis of mutual respect and understanding (with the U.S. ally)," he said at a press briefing.

On Monday, meanwhile, Foreign Minister Kang Kyung-wha told reporters that there's a "very big" gap between the allies on sharing USFK costs. She would not reveal how much the U.S. wants.

"It's difficult to reveal the detailed amount (the U.S. wants), but I tell you clearly that there's a big difference," she said after meeting with a group of lawmakers at the National Assembly.