The four oil refiners in South Korea -- SK Energy, GS Caltex, S-Oil and Hyundai Oilbank -- shipped 494 million barrels of petroleum products, up 4.6 percent from a year earlier, according to data compiled by the Korea Petroleum Association.

In terms of value, exports of oil and related goods reached US$39.96 billion, surging 33 percent from a year earlier, the data showed.

Exports to China amounted to 107 million barrels last year, accounting for 22 percent of total outbound shipments. This was followed by Taiwan with a share of 12 percent, Japan with 11 percent and Australia and Singapore with 9 percent each.

The data showed that diesel accounted for 38 percent of the total outbound shipments, followed by jet fuel with 19 percent, gasoline at 17 percent and naphtha at 9 percent. 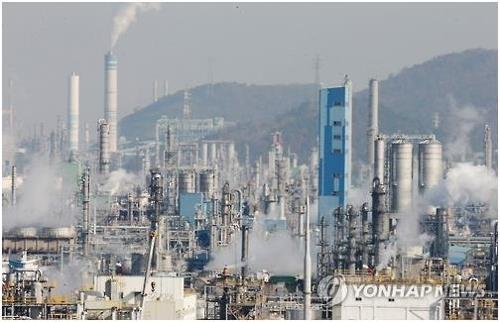