The allies are in a tug of war over how much Seoul should pay for the upkeep of the 28,500-strong U.S. Forces Korea. The Trump administration demands South Korea sharply increase its burden from the current 960 billion won (US$850 million) a year. A related five-year contract expired at the end of 2018.

The Rodong Sinmun, the organ of the North's ruling party, said in a commentary that the U.S. demand is "anachronistic," referring to last year's summit deals between the Koreas' leaders where they agreed to ease military tensions on the peninsula.

"The demand for a rise in (Seoul's) share in the defense cost for deploying U.S. strategic assets amid such conditions is in itself anachronistic," the paper said.

The newspaper also claimed that the U.S. should rather pay compensation to South Koreans for "occupying" the South and inflicting "numerous harms."

South and North Korea signed a military tension reduction deal in September, in which they agreed to disarm the Joint Security Area in the Demilitarized Zone and set up land, maritime and ground buffer zones.

The U.S. has maintained a military presence in South Korea since the 1950-53 Korean War, which ended in a cease-fire, leaving the Koreas technically still at war.

The North's media have been ramping up its denunciation of joint military drills between the allies, as well as Seoul's decisions to purchase foreign weapons.

In his New Year's Day address, North Korean leader Kim Jong-un called for a complete end to joint military drills between South Korea and the U.S. and asked that no foreign strategic assets should be deployed to the Korean Peninsula. 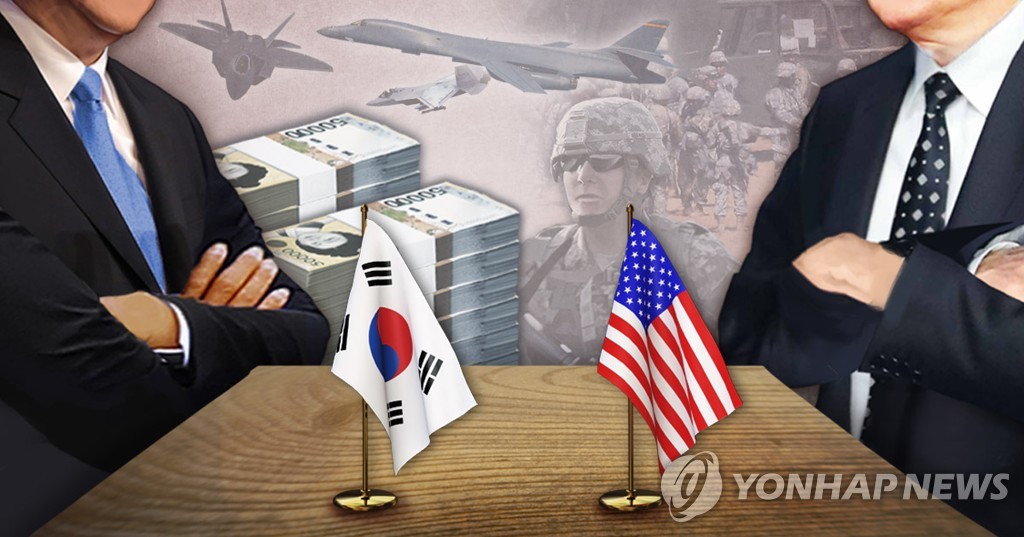