SEOUL, Jan. 23 (Yonhap) -- The Bank of Korea (BOK) again cut its growth forecast for the 2019 economy to 2.6 percent Thursday, following a 0.1 percentage point slash in October, in a clear sign of gloomy growth prospects going forward.

The number is 0.3 percentage point lower than the central bank's original forecast of 2.9 percent made a year earlier. It is also shy of the actual 2018 growth rate of 2.7 percent released earlier this week.

Private institutions and international investment banks presented worse scenarios, however. The Seoul-based LG Economic Research Institute predicted that the South Korean economy will expand 2.5 percent in 2019. This number was shared by the Hyundai Research Institute.

The Nomura Research Institute of Japan, likewise, forecast 2.5 percent growth for 2019, while Moody's earlier said the country may pull off growth as low as 2.3 percent this year.

If the South Korean economy follows this course up to 2020, its growth will stay below the 3 percent growth rate for three straight years.

Many are worried that the economy has already entered a low growth cycle, as chronically sluggish employment and shrinking corporate investment have not been offset by private consumption and government spending. 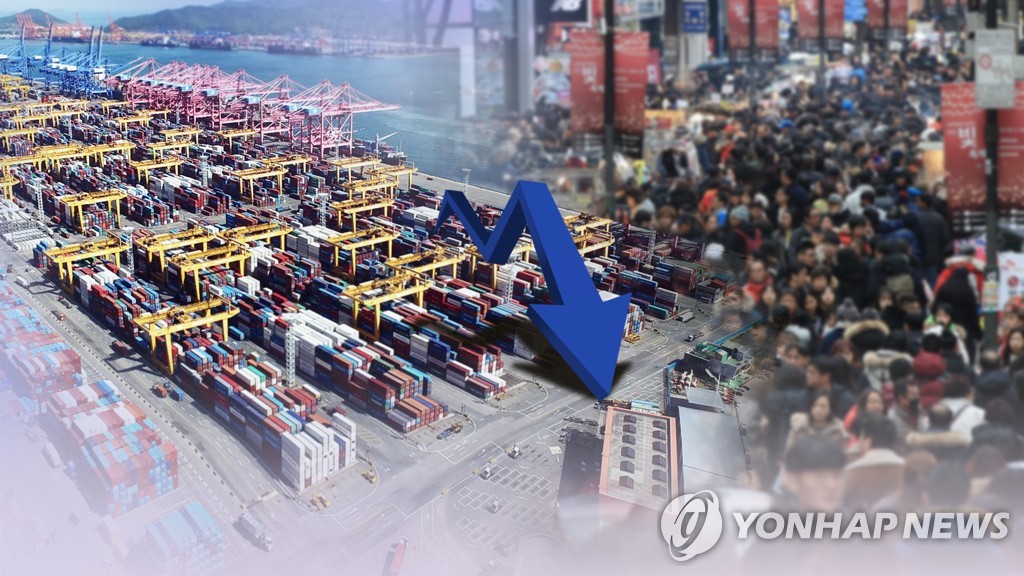 The unemployment rate stood at 3.8 percent in 2018, its highest since 2001, when the corresponding figure came to 4 percent.

The number of new jobs hit a nine-year low of 97,000 in 2018. It will likely remain below the 100,000 level for three years in a row amid the sluggish economy and corporate restructuring, many experts warned.

Construction investment fell 4 percent in 2018, and will remain in negative territory until 2020.

Exports, the key economic driver of South Korea, rose 4 percent last year to meet the 2.7 percent growth target in 2018. But they fell 2.2 percent in the fourth-quarter, causing fears that the economy may be losing steam.

"Based on the economic cycle, the South Korean economy has entered a downside phase since the third quarter of 2018, and will remain downbeat in the first quarter of 2019," Korea Investment & Securities Co. said in its latest report. "The economy will be exposed to significant downside pressure until the cycle bottoms out."

It said the key for an economic upturn is the recovery of outbound shipments as South Korea is heavily dependent on trade to generate growth.

This comes at a time when the country faces some tough external challenges in the form of growing protectionist trends.

The monthslong trade dispute between Washington and Beijing will likely dent global growth and demand for Korea-made goods like memory chips and petrochemical goods. Fast-falling crude oil prices are also bad news for the country, which has an advanced petrochemical sector.

The International Monetary Fund (IMF) recently revised down its worldwide growth forecast to 3.5 percent for 2019 from an earlier prediction of 3.7 percent.

Based on latest customs data, outbound shipments slumped 14.6 percent in the first 20 days of January, led by a 28.8 percent drop in overseas sales of semiconductors.

"Risks to the growth outlook are significant and include a fall-out from global trade tensions," said global ratings firm Fitch in its latest report, in which it maintained South Korea's sovereign rating at AA- with a stable outlook.

"Exports were strong through most of 2018, but were a drag on growth in the fourth quarter of 2018 and could deteriorate faster than forecast by Fitch, as semiconductor shipments, which underpinned the export recovery in recent years, have fallen significantly in the last few months," it said. 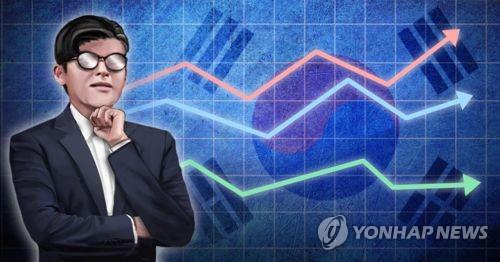 But the central bank sees some good signs down the road that could prop the economy up and allow it move forward at a pace that the country is used to.

Global demand for semiconductors, South Korea's best-selling item, will likely turn around in the latter half of this year and bolster the current account surplus.

"As exports of semiconductors will recover and oil prices will stay low-key, the current account will remain in the black throughout this year," BOK Gov. Lee Ju-yeol said Thursday.

The BOK expects the country to post US$69 billion in current account this year, slightly down from $75 billion the previous year.