SEOUL/BEIJING, Jan. 24 (Yonhap) -- A North Korean art troupe arrived in Beijing on Thursday for the first performance in the neighboring country in three years in a demonstration of close ties between the two countries ahead of a second summit between the North and the United States.

The delegation, led by Ri Su-yong, vice chairman of the ruling party's Central Committee, arrived at a Beijing train station at around 11 a.m. and was greeted by North Korean Ambassador to Beijing Ji Jae-ryong and Chinese officials.

The North's official Korean Central News Agency said earlier in the day that the group left Pyongyang on Wednesday afternoon. It did not give details on the group's itinerary, such as the venue for their performance or the length of their stay.

The delegation was sent off by senior officials of the party, including Kim Ki-nam and the sister of the North Korean leader, Kim Yo-jong, it said.

North Korea announced Sunday it will send "leading artists" in Pyongyang to Beijing at the invitation of the International Liaison Department of the Central Committee of the Communist Party of China.

The dispatch comes a few weeks after the North's leader, Kim Jong-un, made his fourth visit to China in less than a year and held talks with Chinese President Xi Jinping in an apparent show of strengthening relations between the two countries in the run-up to a second summit between Kim and U.S. President Donald Trump set for late next month.

This week's trip will be the first visit by a North Korean art troupe to the neighboring country since the North's Moranbong Band called off a planned performance in Beijing at the last minute in 2015 after China reportedly took issue with aspects of the performance featuring the North's nuclear and missile development. 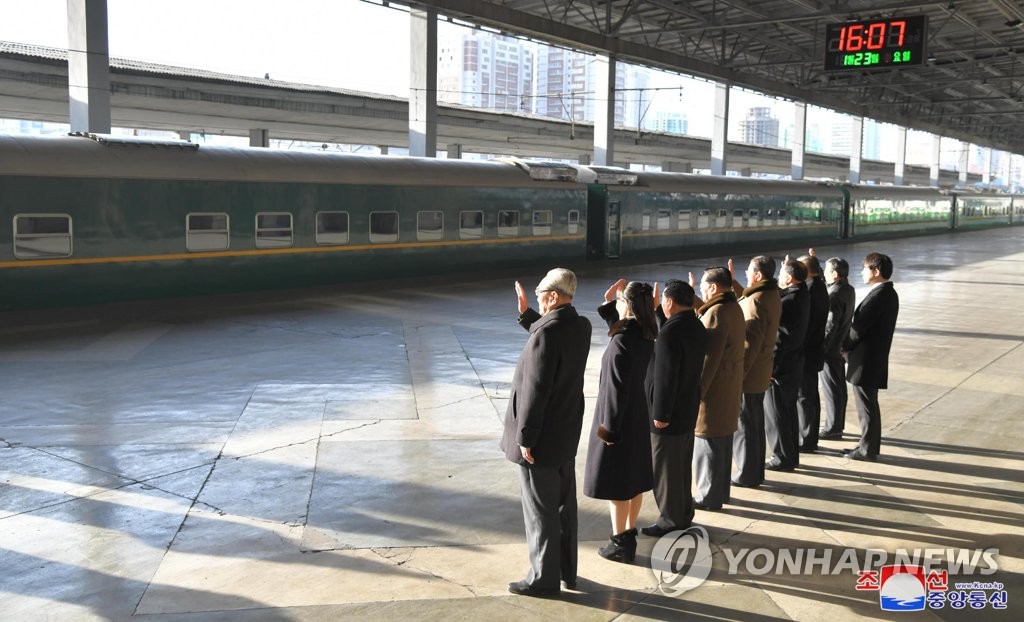