In a written inaugural address sent to the World Economic Forum (WEF), currently being held in Davos, Switzerland, Chung called for cooperation between governments and companies to realize an emission-free hydrogen fuel-based community for transport and other industries, the conglomerate said in a statement. The WEF is often referred to as the Davos Forum.

On Thursday, the Hydrogen Council will have a meeting with the International Energy Agency and the Davos Forum to discuss the spread of the energy resource, it said.

The council was first launched in January 2017 and aims to boost investment in the development and commercialization of the hydrogen and fuel cell sectors.

During its second general meeting, which was held in November last year, the council elected Chung, heir apparent to the South Korean automaker, to be a co-chair along with Benoit Potier, chief executive officer of France-based industrial gas supplier Air Liquide S.A.

Citing a McKinsey report, the council said using hydrogen for transport and other industries could reduce carbon emissions by 6 billion tons every year and create 30 million new jobs by 2050.

The council, which started with 13 member companies, now has 28 member firms, including such big names as BMW and Toyota Motor Corp.

To maintain the lead in the hydrogen initiative, Hyundai and its 124 suppliers will collectively invest 7.6 trillion won (US$6.7 billion) in hydrogen fuel cell electric car-producing facilities and related R&D activities by 2030.

"Hyundai Motor Group, as a first mover, commercialized a hydrogen fuel cell vehicle for the first time in the world. On top of hydrogen cars, it is taking another step forward to transform hydrogen power into a main energy source for communities," Chung said last month. 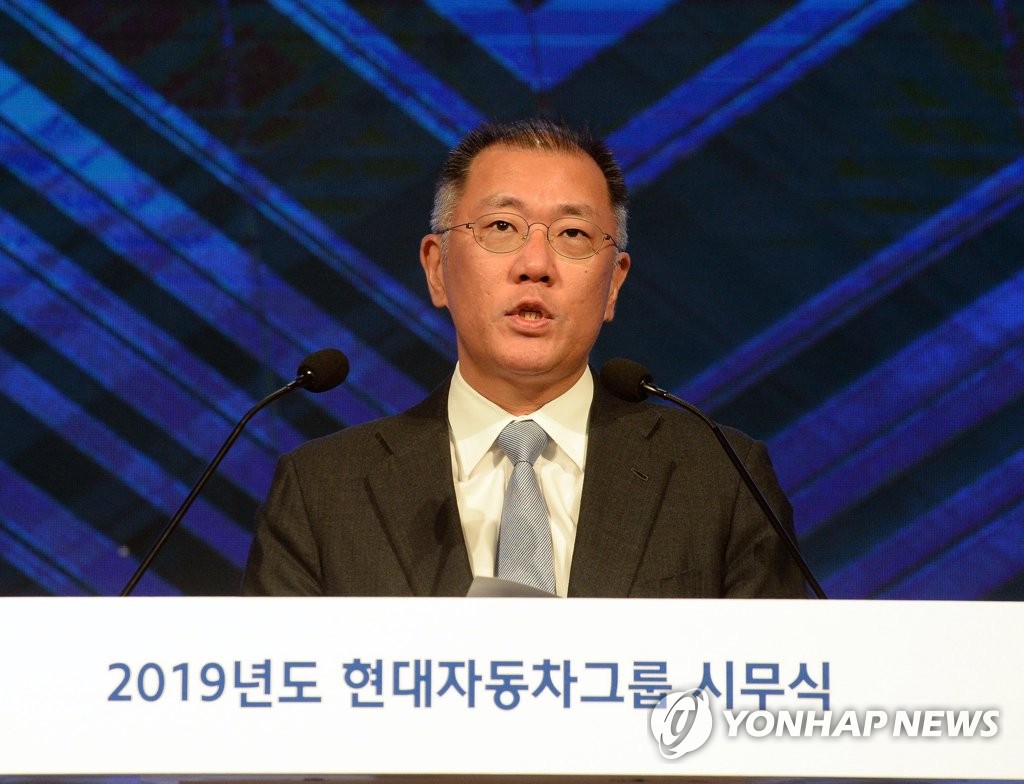