Its net profit came to 692 billion won (US$613 million) last year, compared with 618 billion won reported in 2017, the company said in a regulatory filing.

"Luxury cosmetic brands led the growth of our cosmetics business in both the domestic and overseas markets," a LG Household & Health Care official said.

Its high-end skin care lineup -- the History of Whoo -- has been leading cosmetics growth by posting over 2 trillion won in sales last year, according to the company. 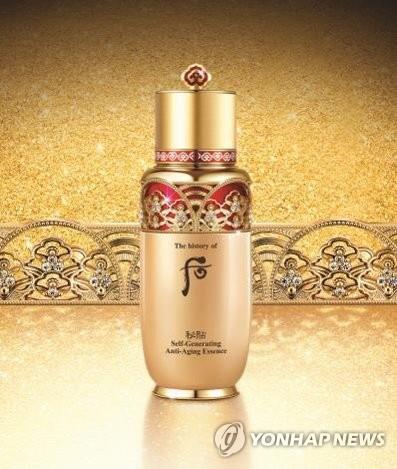