SEOUL, Jan. 24 (Yonhap) -- North Korea held a joint conference of the government, political parties and agencies, and adopted an appeal to the South for full-fledged exchanges between the two sides, state media said Thursday.

The appeal, adopted Wednesday, called for a thorough implementation of the agreements made by the leaders of South and North Korea last year, eradication of military hostility, and expansion of inter-Korean exchanges, according to the North's official Korean Central News Agency (KCNA).

It was the latest in a series of pleas the North has been making on a near daily basis for unhindered cooperation and exchanges with the South since leader Kim Jong-un said in his New Year's Day address that he wants to restart two lucrative cross-border economic cooperation projects.

The South says the projects can reopen only when related sanctions are waived or lifted.

Among the participants in Wednesday's conference were Yang Hyong-sop, vice president of the Presidium of the Supreme People's Assembly; Kim Yong-chol, vice chairman of the ruling Workers' Party Central Committee; and Ro Tu-chol, chairman of a friendly party, the KCNA said.

"The conference discussed the tasks of the government, political parties and organizations of the DPRK for carrying through the tasks for national reunification" set forth by leader Kim Jong-un in his New Year's speech, it said.

The North's leader said in his New Year's Day address that he's willing to restart the inter-Korean industrial complex in the North's border city of Kaesong and resume a tourism program to the North's scenic Mount Kumgang without any preconditions.

The two projects were key cash cows for the impoverished regime before they were suspended in 2016 and 2008, respectively.

Yet, global sanctions remain an issue that need to be resolved before moving to resume their operations. Washington is wary of Seoul going faster in its push for economic cooperation with the North than progress in denuclearization talks.

The appeal also called for "heightened vigilance against the cunning moves of outsiders" who try to "subordinate inter-Korean relations to their tastes and interests." 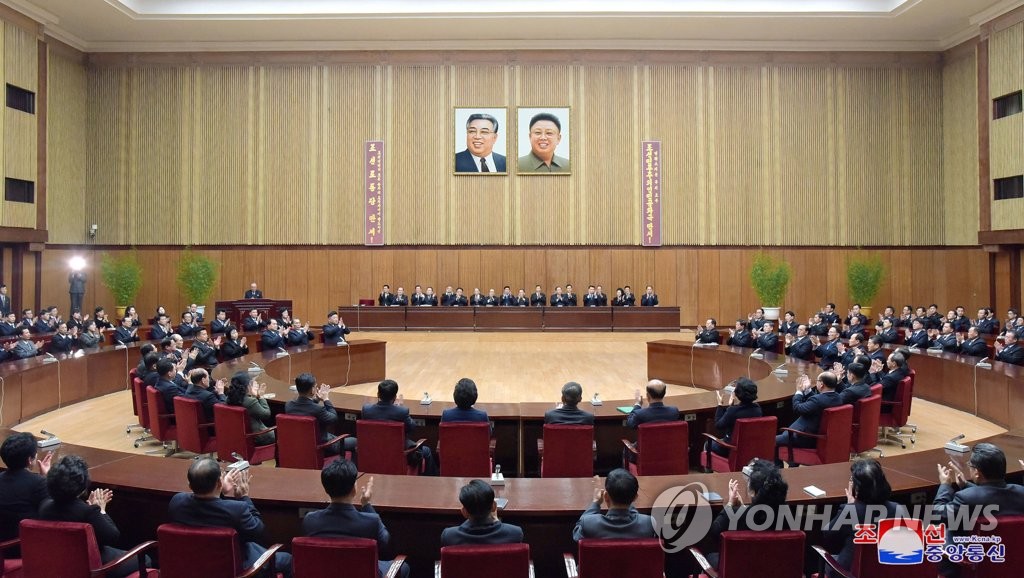