Kim Pan-gon, who leads the national team coach appointing committee at the Korea Football Association (KFA), said there were "mistakes" managing the national team medical staff at the Asian Cup in the United Arab Emirates.

"There were some flaws in the KFA's administrative work handling two medical staff members who returned home during the competition," Kim told reporters at Zayed Sports City Stadium in Abu Dhabi, where South Korea will take on Qatar for the round of 16 match. "We should have gotten rid of risks that could happen during the tournament, but apparently there were mistakes."

South Korea brought four rehabilitation specialists to the United Arab Emirates (UAE) for the Asian Cup, but apparently they joined the national team without renewing their contracts with the KFA. Two of them recently returned home, and the KFA was forced to send their replacements to the UAE.

South Korea have been dealing with injury problems at the Asian Cup. Veteran midfielder Ki Sung-yueng already left the team due to a hamstring injury, while attacker Lee Jae-sung has been sidelined for more than two weeks after sustaining a toe injury.

Some critics pointed out that South Korea's injury management is not working well because the team doctor is a specialist in cardio and thoracic services instead of orthopedics. However, Kim said he sees no problem with the team doctor.

"We have to prepare for various medical problems during the tournament such as heart attack, cold, diarrhea, and the team doctor can't cover all of them," he said. "Our staff are communicating closely with doctors on the KFA medical committee and managing the players' health."

According to Kim, South Korea head coach Paulo Bento also said he has no problem working with the current team doctor.

"Bento personally requested that he wanted to work with that doctor," he said. "We could have changed the team doctor for this tournament, but Bento said there's no need to change because the players are satisfied with him." 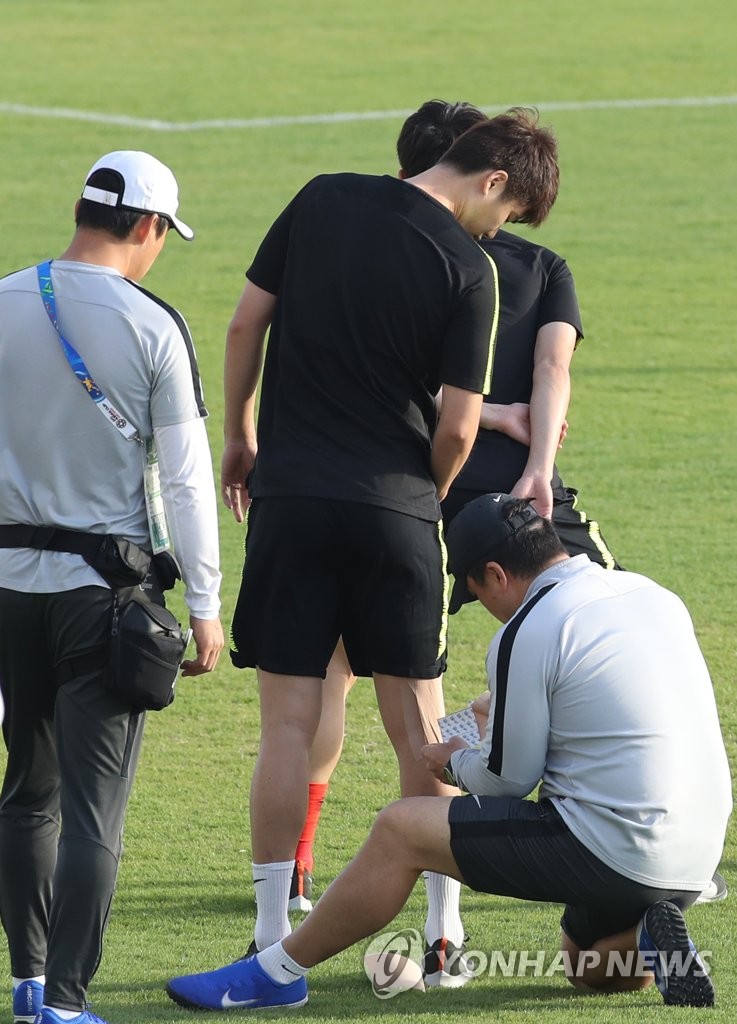