In an interview with The Washington Times published Friday, Bolton indicated that U.S. President Donald Trump is ready to lift the sanctions on Pyongyang if the regime will signal its sincerity about giving up its nuclear arsenal.

"What we need from North Korea is a significant sign of a strategic decision to give up nuclear weapons and it is when we get that denuclearization that the president can begin to take the sanctions off," he said. 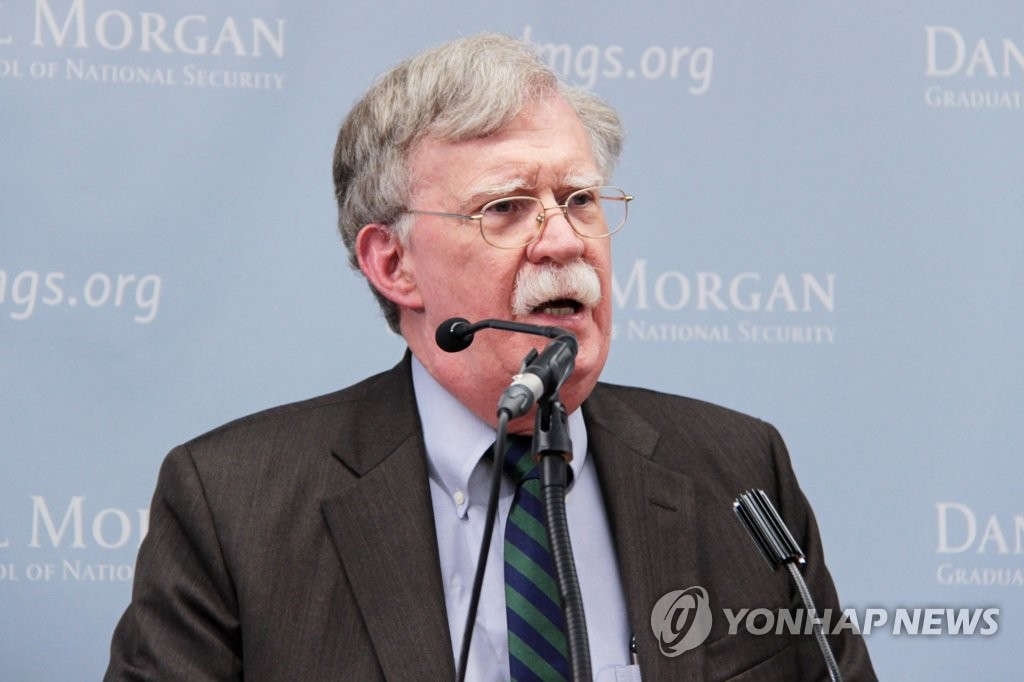 The sanctions issue is a key sticking point in the two countries' negotiations to implement last year's nuclear accord reached by Trump and North Korean leader Kim Jong-un.

The two men agreed at their first summit in June to work toward complete denuclearization of the Korean Peninsula in exchange for security guarantees for Pyongyang, but they did not specify the steps.

The North has since demanded sanctions relief as a confidence-building measure while the U.S. has insisted on seeing denuclearization through.

Trump and Kim's second summit, which is being planned for late February, will test their ability to break the impasse.

"President Trump has tried a different approach. The six-party talks obviously failed, so he has been negotiating directly with Kim Jong-un," Bolton said, referring to a Chinese-led regional forum that sought to denuclearize the North.

"It's the sort of thing where the negotiation really is between the president and Kim Jong-un," the adviser added when asked if the North Korean leader can be trusted. "He is prepared to engage in this negotiation. If I was Kim Jong-un, I would not think of crossing the president."

To China, Bolton reiterated a message he said has been conveyed many times to ensure its strict enforcement of sanctions across the North Korean border.

"Watch the border, as President Trump says to them, and that is the position we are going to continue to take as we get ready for the second summit between the president and Kim Jong-un," he said.