In a policy speech to the Diet, Abe said he will "act decisively without losing any opportunity" to settle the issue of Japanese citizens abducted by the communist nation decades ago and its nuclear and missile programs.

"(We) should break the shell of mutual mistrust in order to resolve the North Korean nuclear and missile issue, and the most important issue of abduction," he said. "The goal is to settle the unfortunate history with North Korea and normalize diplomatic relations." 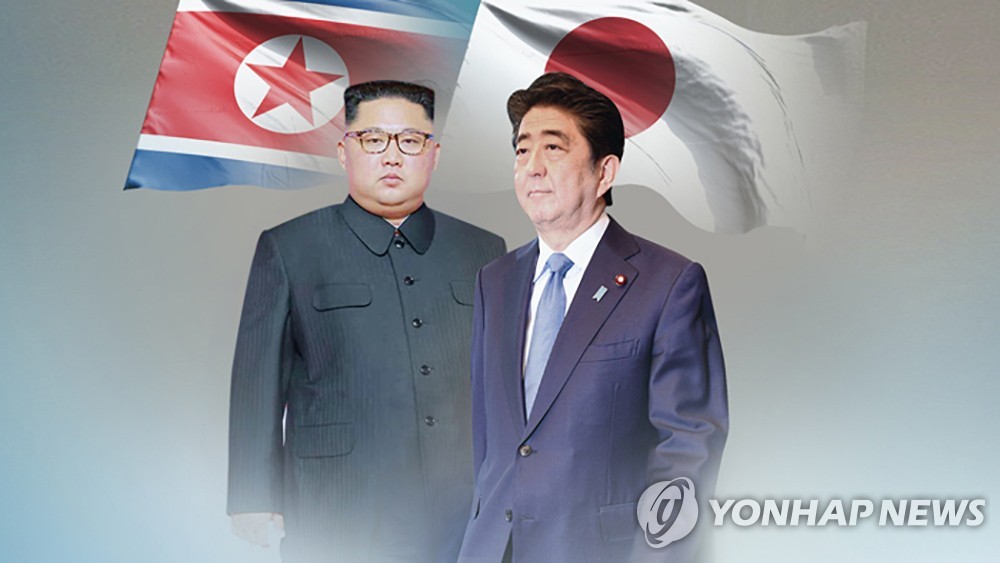 He added Tokyo will cooperate closely with the international community, including South Korea and the United States, on the matter.

His remarks marked a contrast with those in the previous address a year ago, in which he talked about a stern response to the North's provocation.

He did not touch on ties with South Korea, which he once described as Japan's "most important partner."

Last year, he mentioned President Moon Jae-in by name and said his administration would "intensify a future-oriented partnership for a new era on the existing foundation of international pledges and mutual trust established to date."

Seoul and Tokyo have been at loggerheads, however, in recent months amid disputes over a series of court rulings in Seoul ordering Japanese firms to provide compensation for Koreans forced to work at their factories during World War II.

The military authorities of the neighboring countries have been in stand-offs as well, as Japanese maritime patrol aircraft flew quite close to South Korean destroyers with no prior notice.

Abe also said he will try to lift Tokyo's relations with Beijing to a new level through repeated exchanges of summit-level visits.
(END)