(ATTN: UPDATES with meeting with foreign minister in 6th para)

The ambassador's unannounced visit to the Ministry of National Defense came amid a deadlock in the allies' negotiations over Seoul's share of the cost of stationing U.S. troops in Korea.

Calls have emerged for Washington to mediate between Seoul and Tokyo to prevent the spat from hampering joint efforts to promote peace and stability on the peninsula and beyond.

An aide to Jeong refused to comment on the details of his discussions with Harris but said their meeting was largely meant for "new year's greetings."

Later in the day, the ambassador had a closed-door meeting with Foreign Minister Kang Kyung-wha as well. It lasted only 20 minutes, whereas he met with the defense chief for more than one hour, an informed source said. 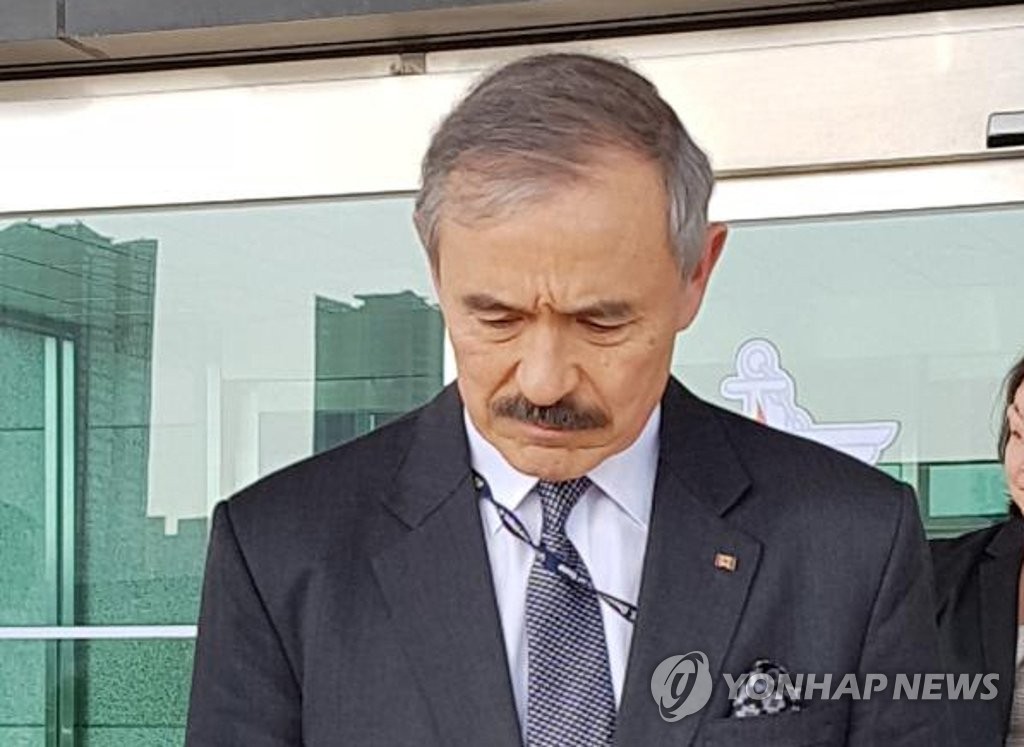