TONGYEONG, South Korea, Jan. 28 (Yonhap) -- The body of a South Korean man presumed to be the only remaining missing victim of a fishing boat accident earlier this month has been found on a beach in Japan, police said Monday.

The 9.77-ton Mujeok carrying 14 people overturned on Jan. 11, after colliding with a cargo vessel in waters about 80 kilometers south of Yokji Island off the country's southeast coast, according to the Coast Guard. The accident left four people dead and two missing.

The body was found by a Japanese maritime police officer at around 11:10 a.m. Sunday on a beach in Yamaguchi Prefecture in western Japan, they added.

The Japanese authorities said that he was a 52-year-old man, only identified by the surname Jeong, and his identification card was retrieved from the body.

Jeong is known to be one of the two missing victims of the accident.

"We will wrap up the search for the missing people and the probe as soon as possible after receiving the body," a Coast Guard official said. 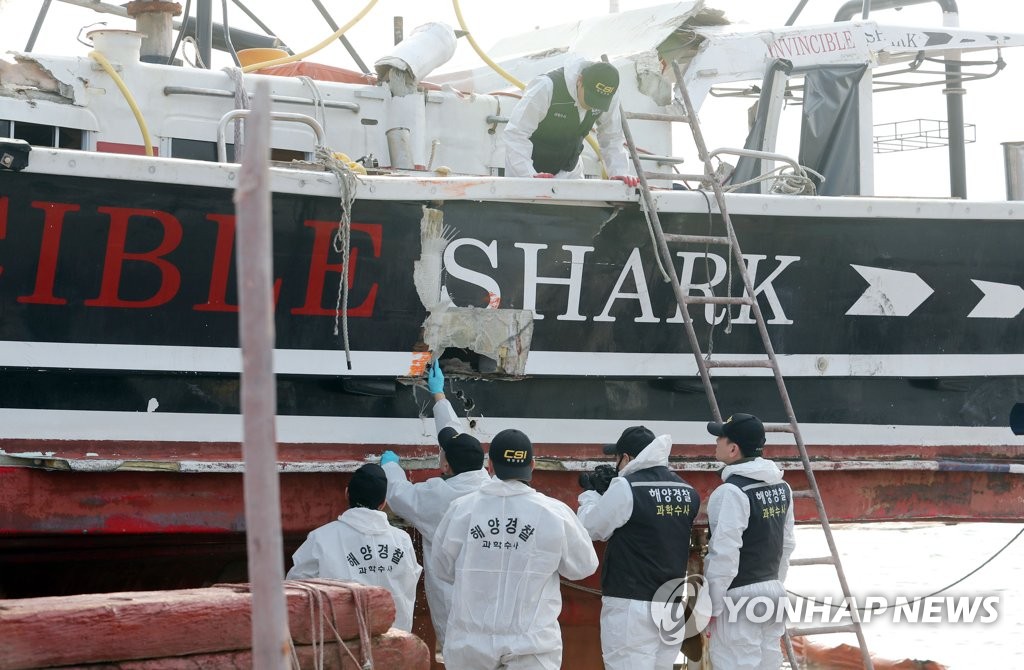 Body of S. Korean man presumed to be victim of boat accident found in Japan

Body of S. Korean man presumed to be victim of boat accident found in Japan