After returning home from the 2019 Asian Football Confederation (AFC) Asian Cup in the United Arab Emirates, where South Korea suffered a quarterfinal exit, Kim told reporters that he has decided to play for Beijing Sinobo Guoan FC in the Chinese Super League (CSL).

"I'm going to Beijing," Kim said to reporters at Incheon International Airport. "They've been showing interest in me since November." 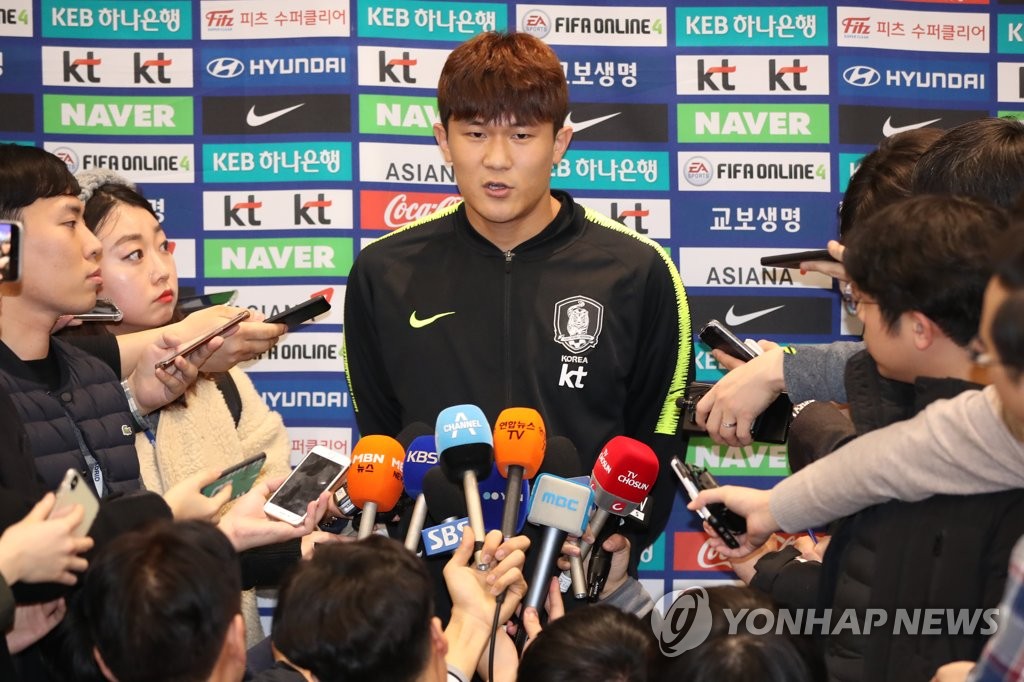 There were rumors that the Jeonbuk Hyundai Motors center back might move to Watford FC, but Kim said he has no knowledge of an offer from the English Premier League club.

"I don't know whether there was actually an offer from Watford," he said. "Even if there were an offer, I would have had to deal with work permit issues."

Kim said he is aware of concerns that his performance may not make progress in the Chinese league but will try his best to stay competitive for the club and the national team.

"What matters is my performance with the club," he said. "It's important for me to take a starting spot there and play better. Then I believe I can still contribute for the national team."

Kim is considered the future of South Korea's defense. The 22-year-old made his pro debut with Jeonbuk in 2017 and was pivotal to his club's K League 1 title run for two consecutive seasons.

Kim made his senior national team debut in August 2017 and was a sure pick for the 2018 FIFA World Cup in Russia, but he was dropped from the squad due to injury.

At the 2019 Asian Cup, Kim was South Korea's starting center back with Kim Young-gwon. Despite South Korea's quarterfinal elimination, Kim gave an impressive performance by scoring two goals in his first major tournament. 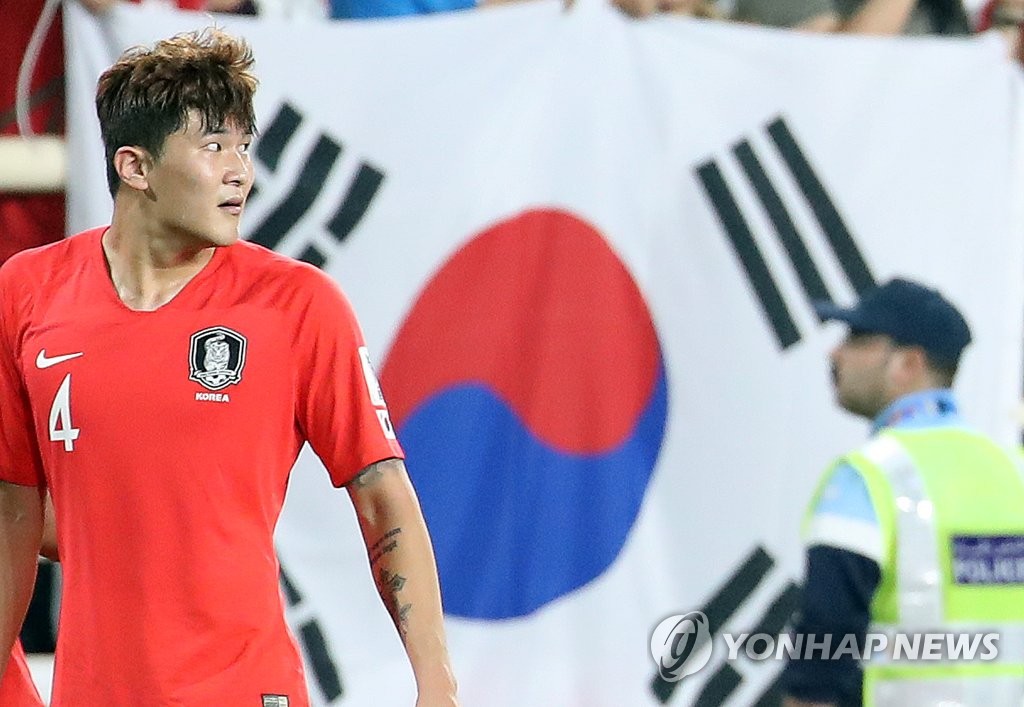 However, Kim said he is sorry for the team's overall performance at the Asian Cup.

"It's a pity that we couldn't return here with a good result," he said. "It's not one or two players fault. We are all responsible for the result."

Kim said the players felt some pressure in the competition. At the 2019 Asian Cup, the Taeguk Warriors were looking for their first continental title in 59 years.

"After missing scoring opportunities and conceding a goal, we were in a rush," Kim said of South Korea's 1-0 loss to Qatar in the quarterfinals. "Defense was the key, but we surrendered a goal, which should not happen."

"Since we were eliminated in the quarterfinals, you could think we have failed at the Asian Cup," he said. "But we have the (2022) FIFA World Cup regional qualification round coming up, so we need to be ready." 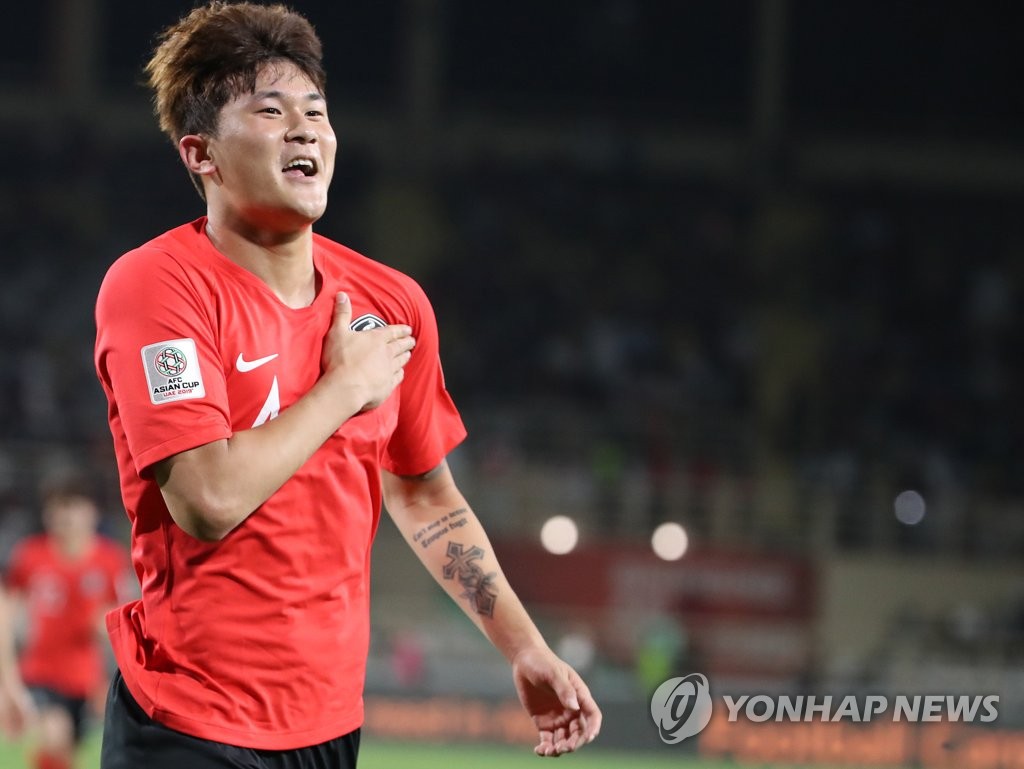