The K League 1 side confirmed that Kim has signed with the Chinese Super League outfit Beijing Sinobo Guoan. However, Jeonbuk didn't reveal the transfer details under a mutual agreement with Beijing.

Kim's transfer to Beijing already became official on Monday after the player himself revealed that he had decided to play for the Chinese club.

There had been media reports that Watford FC had also offered to sign Kim. Jeonbuk said they did receive a letter of intent from the English Premier League side, but at that time, the club had already reached an agreement with Beijing.

"Since I started playing football, this was the biggest and the most difficult decision that I made," Kim said. "I will never forget Jeonbuk fans' support." 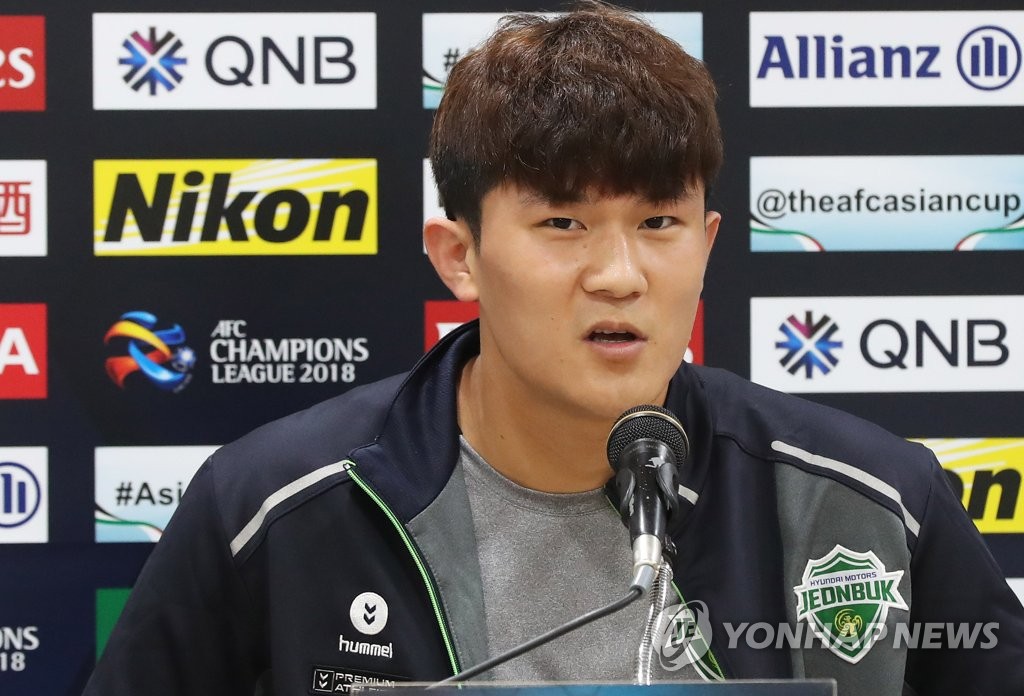 Kim said he will not disappoint fans and is ready to prove his reputation in China.

"I know people are concerned about my move to China," he said. "But I will try to show that players who had a career with Jeonbuk are different."

Kim made his pro debut with Jeonbuk in 2017 and was one of the core players to lead Jeonbuk's title run in the last two seasons. He will leave Jeonbuk with a record of three goals in 52 K League matches.

Kim is considered the future of South Korea's defense. The 22-year-old has two goals in 17 appearances for South Korea. Both goals came from the 2019 Asian Football Confederation (AFC) Asian Cup in the United Arab Emirates (UAE), where South Korea were eliminated in the quarterfinals.

Kim is also exempt from mandatory military service after winning a gold medal at the 2018 Asian Games, meaning he can enjoy his international club career without interruption. Able-bodied South Korean men are required to serve in the military for about two years, but Olympic medal winners and Asian Games gold medalists are entitled to exemption in recognition of their contribution to the country's reputation and prestige. 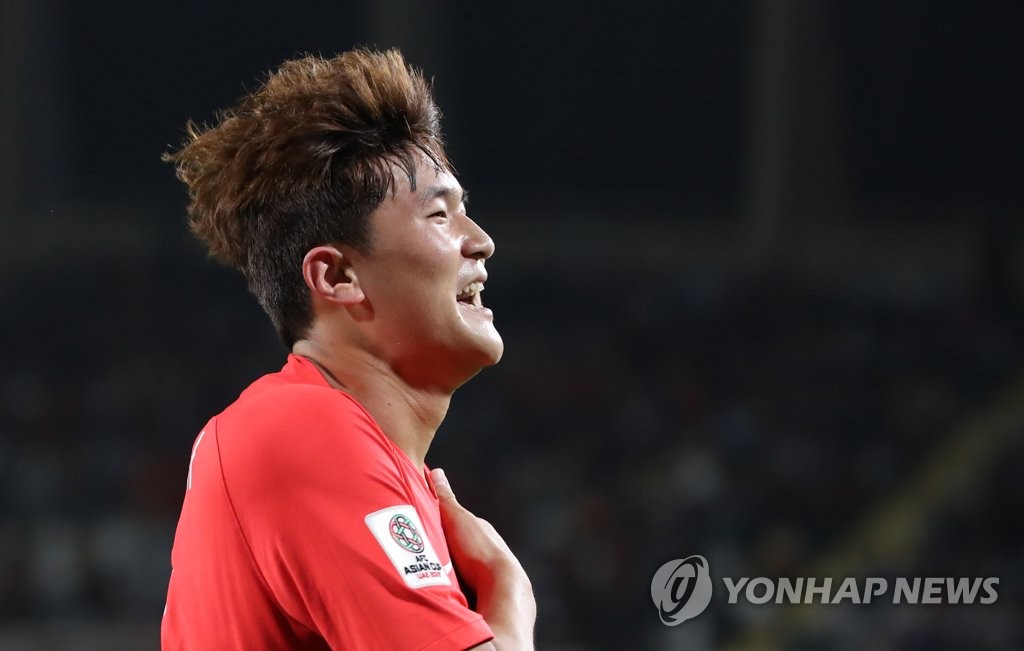