The two sides held working-level military talks at the inter-Korean truce village of Panmunjom to discuss the joint use of the estuary, where civilian access has been limited due to tensions.

At the talks, the South delivered to the North a new navigation chart of the estuary for use in tourism, ecological protection and the collection of construction aggregate.

Seoul and Pyongyang agreed to devise military measures to jointly use the estuary under last year's military accord aimed at reducing tensions, preventing accidental clashes and building trust.

"In line with the military accord, (the Koreas) agreed to allow civilian vessels to sail through the estuary on a trial basis in April and expand their access to it in phases," the ministry said in a press release.

"Through the delivery of the navigation chart to the North, we have created an opportunity for free navigation in the estuary, where access has been restricted since the armistice agreement in 1953," it added.

South Korea completed the process to draw up the chart after it conducted a joint survey of the waterway with the North from Nov. 5 through Dec. 9.

The chart shows water depths, coastlines and the locations of reefs and other features. Later this year, South Korea's Hydrographic and Oceanographic Agency will create an electronic chart that also connects the existing maps depicting waters near the Han River.

The production of the chart is another step by the Koreas to enforce their military accord that their defense ministers signed after the third inter-Korean summit between President Moon Jae-in and North Korean leader Kim Jong-un in Pyongyang last September.

The accord includes various trust-building and conventional arms control measures, such as disarming the Joint Security Area in the Demilitarized Zone and removing some border guard posts on a trial basis. 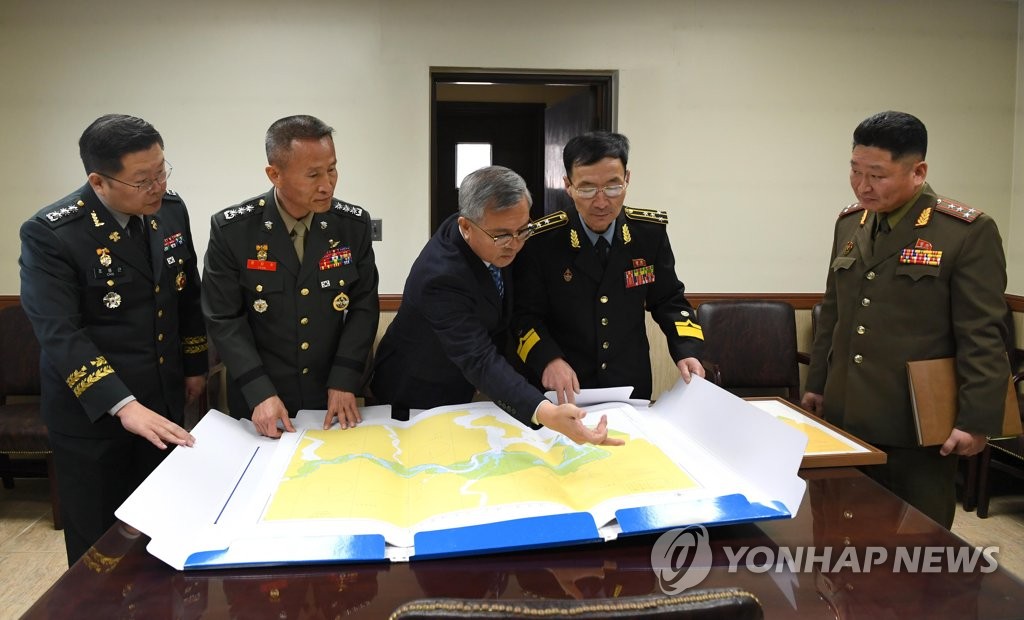