At its board of directors meeting, the Korean Sport and Olympic Committee (KSOC) selected Lim, who grabbed a gold and a bronze at the 2018 PyeongChang Winter Games, as the winner of the grand prize at the 65th KSOC Awards. The annual ceremony is scheduled to be held Feb. 27. 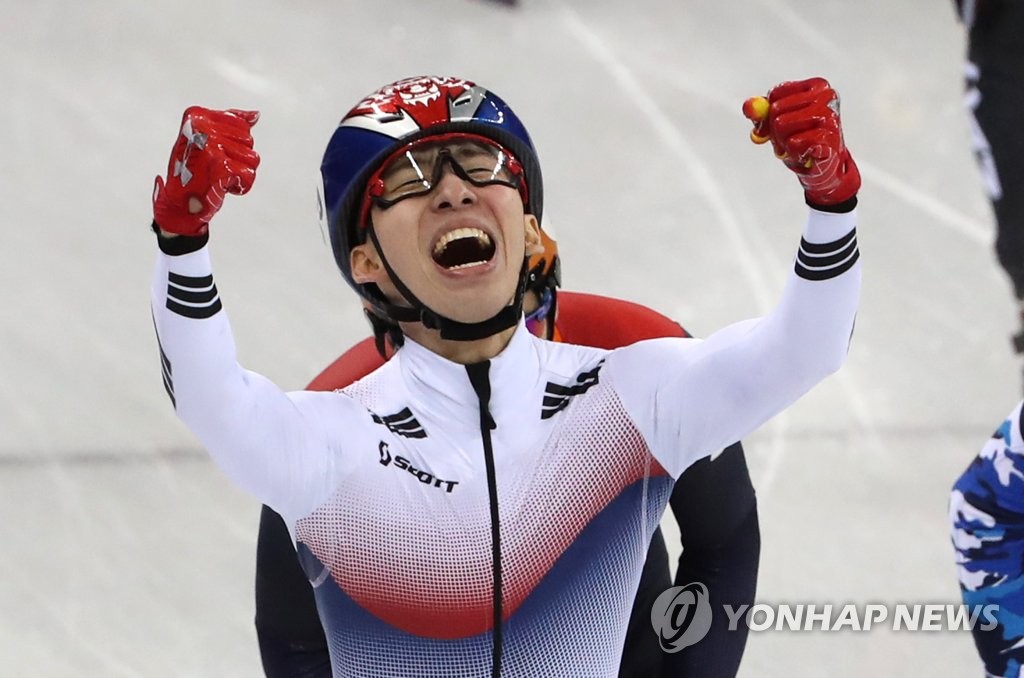 Lim won his first career Olympic gold in the men's 1,500 meters last February and later added a bronze in the 500m. The 22-year-old was the only South Korean male short tracker to reach the top of the podium at PyeongChang 2018.

Alpine snowboarder Lee Sang-ho was named the top male athlete of 2018, while cyclist Na Ah-reum was picked as the best female athlete from last year.

Lee earned silver in the men's parallel giant slalom at PyeongChang 2018, becoming the first South Korean, male or female, to win an Olympic medal in a skiing discipline.