The National Pension Service (NPS) made the decision in the state fund's management committee, led by Health and Welfare Minister Park Neung-hoo, on Friday morning.

"The committee agreed shareholders' value has been damaged due to misconduct by members of the firms' owner family. Exercising shareholders' rights over the holding firm will be the minimum level of intervention in its management to avoid 'owner risks' and enhance shareholders' interests," the Ministry of Health and Welfare said in a statement. The "owner" of Hanjin KAL and Korean Air is Cho Yang-ho, who holds the chairman title of both firms. 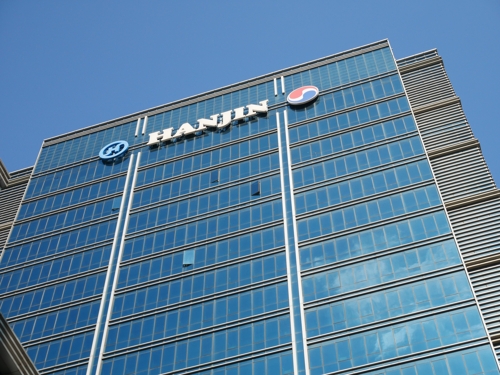 It marks the first time that the pension operator will take steps to influence managerial decisions of a private company.

"The NPS will exercise (shareholders' rights) in a minimal way," Park said in the meeting.

The NPS, the world's third-largest institutional investor, which manages 644 trillion won (US$576 billion) in assets, said it will use its shareholders' rights in a "limited" way, meaning it will not get directly involved in business decisions, such as the dismissal of members of the board of directors.

Hong Nam-ki, the minister of economy and finance, said that the NPS decision is designed not to interfere in the management of Korean Air's holding company, but to raise its corporate value by enhancing transparency and fairness at the company and to secure the profits of the pension fund.

The policymaker made the comments as he visited a market near Seoul ahead of next week's Lunar New Year holiday.

The national pension service has decided not to implement its stewardship code for Korean Air. But it may consider exercising shareholders' rights over the airline's non-management issues. Korean Air has been under fire for scandals involving the chairman's family members.

In response, Hanjin Group expressed concerns that the decision may weigh on Hanjin KAL's management activities.

"If the NPS demands changes or amendments to Hanjin KAL's articles of association in case of misconduct or irregularities by the management, the company's board of directors will give serious consideration to it," the statement said.

In July 2018, the NPS adopted the stewardship code, a set of principles or guidelines aimed at getting institutional investors to actively engage in corporate governance to advance the interests of shareholders.

Chairman Cho has been charged with suspicions of dodging inheritance tax and embezzling company funds. His wife has been accused of multiple assaults on employees and illegally hiring foreign housekeepers.

His two daughters also underwent probes by law enforcement last year on charges similar to those against their mother, including the eldest, Hyun-ah, who infamously drew international attention for her "nut rage" incident in 2014.

The NPS is the second-largest shareholder of the airline, with a 12.45 percent stake and the third-largest stakeholder of Hanjin KAL, the holding company of Hanjin Group, with a 7.34 percent stake. The largest stake is held by Chairman Cho and his family members, along with those that maintain special relations with the company. 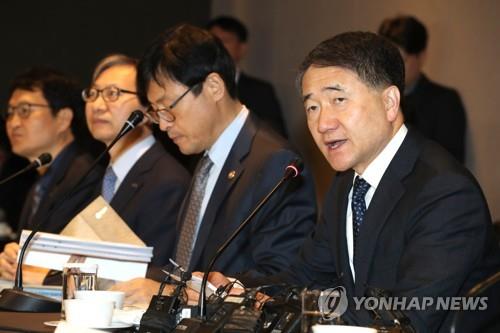