CHUNCHEON, South Korea, Feb. 6 (Yonhap) -- South Korea's effort to use facilities from the 2018 PyeongChang Olympics appears to be stuck in second gear as local authorities remain divided on the post-Games plan.

The 2018 Winter Olympics in PyeongChang, Gangwon Province, will celebrate its first anniversary Saturday, but South Korea has yet to figure out the best way to use several facilities from the country's first-ever Winter Games. 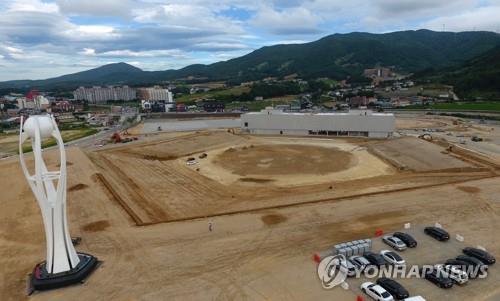 One particular venue that has caused conflict between residents and the government is Jeongseon Alpine Centre in Jeongseon, Gangwon Province, where alpine skiing events were staged.

While Gangwon Provincial Government and residents of Jeongseon want the venue to be preserved for the growth of the region's economy, the Korea Forest Service (KFS) and the Ministry of Environment are demanding the venue be demolished and restored to its previous natural state.

The KFS and the environment ministry permitted construction of the alpine center on Mt. Gariwang under the condition that the site was restored after the Olympic Games. But Gangwon Province has been asking for the alpine center to preserved at least until April 2021, in case the region hosts the 2021 Asian Winter Games.

In response, Gangwon Province Gov. Choi Moon-soon proposed forming an organization that would allow related parties to discuss and find solutions to the issue, but it is expected to face many hurdles in finding common ground. 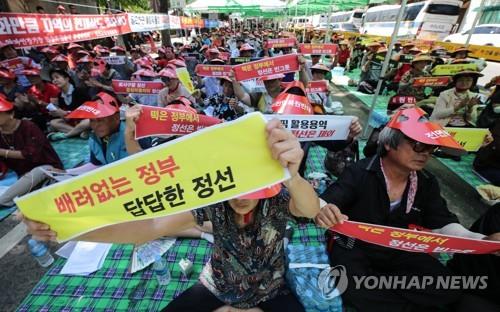 Other problematic venues are Gangneung Oval, Gangneung Hockey Centre and Olympic Sliding Centre. South Korea has yet to confirm the post-Games uses of these three facilities, all of which were built for the Olympics.

The Ministry of Culture, Sports and Tourism recently said it will establish an Olympic memorial foundation to manage the three facilities. Once the results of research by the Korea Development Institute (KDI) come out in June, the ministry will confirm management systems and support plans for them.

Gangwon Province has been demanding the South Korean government cover the operating costs of the venues. To do so, it needs a revision of the national sports promotion act, but that has not happened, despite being proposed three years ago.

The province hopes the Olympic memorial foundation can deal with post-Games issues once it is established later this year. The foundation will be created using surplus earned from the PyeongChang Organizing Committee for the 2018 Olympic & Paralympic Winter Games (POCOG) as seed money. 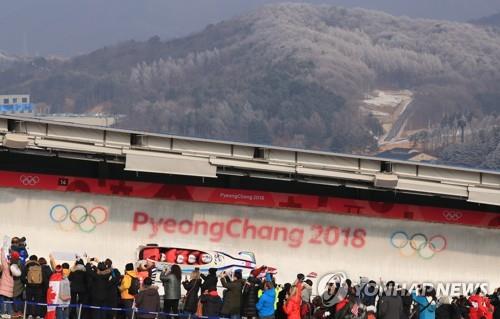 The post-use plans for non-competition venues have been tentatively confirmed. According to the province, the POCOG office in PyeongChang, 180 kilometers east of Seoul, will be refurbished and used a training center for winter sports athletes.

The International Broadcasting Centre (IBC) used during the Games will be a site for an archives preservation center for the National Library of Korea.

"We hope issues and legal processes regarding the post-Games (phase) will be solved quickly with the establishment of the Olympic memorial foundation," Gov. Choi said. "For the use of the alpine center, we hope all related parties can have a discussion and reach an agreement. We promise that we will follow and execute the agreement." 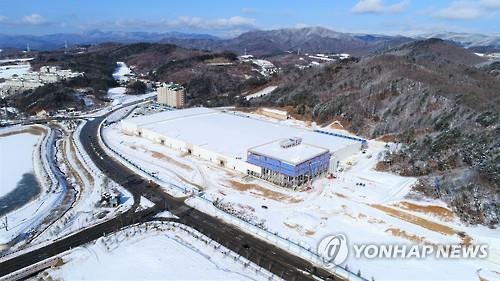