SEOUL, Feb. 3 (Yonhap) -- The U.S. envoy for North Korea arrived in South Korea on Sunday for working-level talks to prepare for a second summit between Washington and Pyongyang slated for late this month.

Upon arrival at Incheon International Airport, west of Seoul, Biegun was pelted with questions about his specific plans for the coming days, but he sidestepped them.

Before the high-stakes negotiations with the North, Biegun is set to meet Lee Do-hoon, South Korea's top nuclear envoy, and then Chung Eui-yong, chief presidential security advisor, in Seoul on Monday to coordinate the allies' stance on the North's denuclearization.

Biegun and his North Korean counterpart are expected to meet at the inter-Korean border village of Panmunjom or in the North's capital of Pyongyang, likely on Tuesday.

Trump said last week that a date and venue for his summit with Kim will be announced this week. The summit will be held in late February, with Vietnam cited as the most likely venue.

The nuclear envoys of Washington and Pyongyang are expected to discuss details about denuclearization steps that the North should take and corresponding measures from the United States.

During U.S. Secretary of State Mike Pompeo's October trip to Pyongyang, the North's leader promised that the regime would dismantle and destroy all of its plutonium and uranium enrichment facilities in exchange for U.S. corresponding measures, Biegun said during a speech at Stanford University last week.

Washington, however, has insisted that sanctions and pressure will be maintained until North Korea implements sincere denuclearization measures, including declaring a list of its nuclear weapons.

Biegun said last week that the North's full declaration of its nuclear and missile programs will be required to acknowledge the complete denuclearization of the regime. 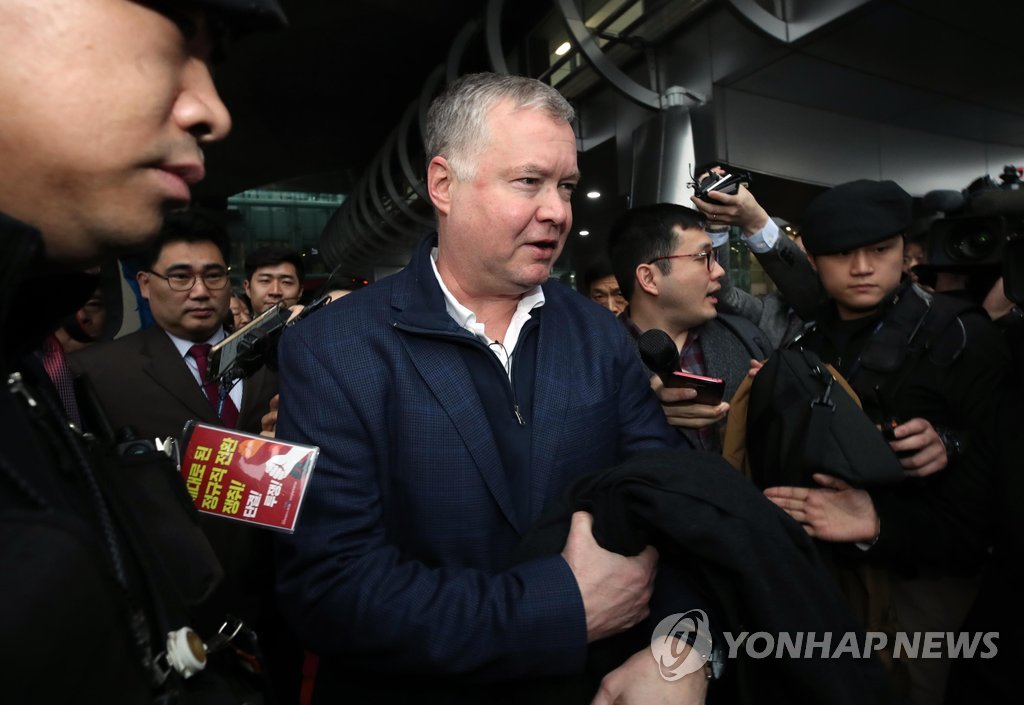