WASHINGTON, Feb. 6 (Yonhap) -- The next Trump-Kim summit is shaping up to be as much about what the U.S. president will put on the table as it is about the ultimate goal of dismantling North Korea's nuclear weapons program.

With the Feb. 27-28 summit just three weeks away, negotiators have the hard task of agreeing on a set of measures each side will take to fulfill the commitments made at the first summit in Singapore in June.

Key among them is the North Korean leader's commitment to work toward complete denuclearization of the Korean Peninsula.

But Trump also agreed to provide security guarantees to the regime, establish "new" relations between the countries and build a lasting peace on the divided peninsula.

"Right now we have to wait to see what the U.S. is willing to put on the table," Ken Gause, a North Korea expert at CNA, told Yonhap. "Until we know that, it's hard to predict what North Korea will do."

The two sides have been at an impasse since the Singapore summit because Washington demands Pyongyang demonstrate its sincerity about denuclearization, while the impoverished nation seeks sanctions relief and other U.S. concessions. 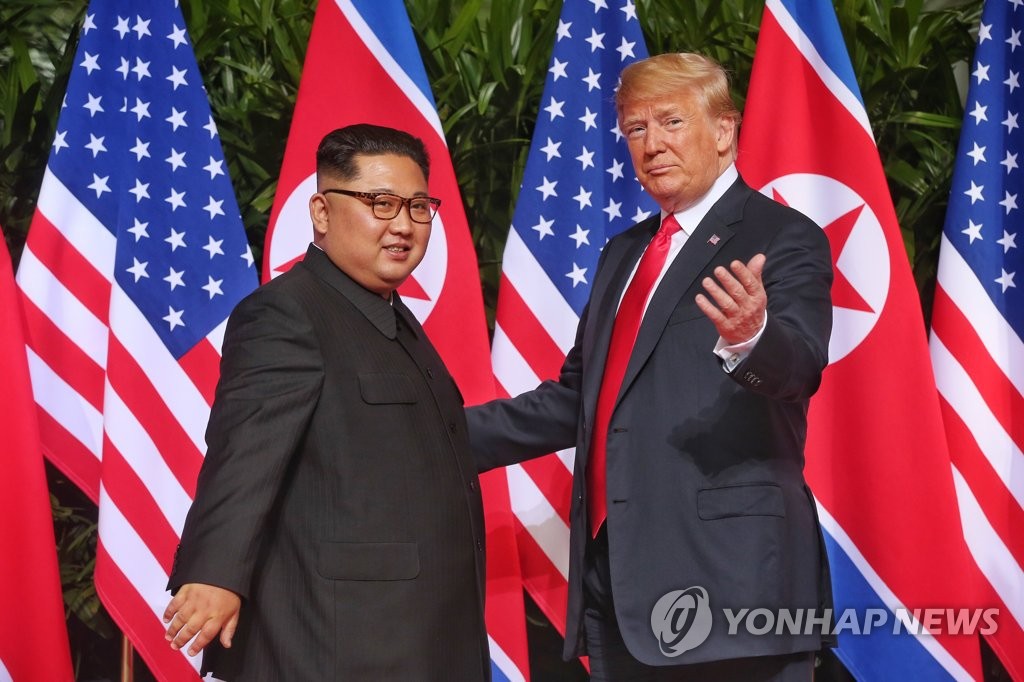 "North Korea agreeing to verified dismantling of missile and nuclear sites is possible," Gause said of his expectations for the second summit to be held in Vietnam. "A declaration on its nuclear program, although it might not be 100 percent, is also possible."

As for the U.S., he added, "if it wants such significant concessions from North Korea, it will have to come through with a package of security guarantees and sanctions relief."

In the clearest indication yet of U.S. willingness to reciprocate North Korea's denuclearization steps, Special Representative Stephen Biegun said last week that he will discuss the "corresponding measures" the North seeks in talks with his North Korean counterpart in Pyongyang this week.

"We didn't say we won't do anything until you do everything," he said at a lecture at Stanford University.

While it may be difficult for the U.S. to concede on sanctions relief, something it has repeatedly said will only happen once denuclearization is complete, it could give the North Koreans a political declaration ending the 1950-53 Korean War, which closed with an armistice, not a peace treaty.

"A peace declaration acknowledging that there is no longer a state of war on the Korean Peninsula would be a game changer," said Harry Kazianis, director of Korea studies at the Center for the National Interest.

"Such a declaration would show a clear intent to transform their relationship and create a solid foundation for the much harder work towards denuclearization that is yet to come," he said, noting that a peace treaty by contrast would present more challenges including Senate approval in the U.S.

There are also fears about what Trump could put on the table.

Last year Trump took his own administration and Seoul by surprise when he announced after meeting Kim that he would suspend military exercises between South Korea and the U.S. to facilitate negotiations with Pyongyang.

"Equally important to what Trump does is what he must not do in the next summit," said Bruce Klingner,
formerly the CIA's deputy division chief for Korea.

As examples he cited the signing of a peace declaration, acceding to a deal that removes only intercontinental ballistic missiles from the North and not its entire nuclear and missile program, and the reduction of the 28,500 U.S. troops stationed in South Korea as a deterrent against North Korean aggression.

"While each would be touted as a great success by Trump, each risks affirming concerns of decoupling of alliances, lowering the defensive shield before reducing the North Korean threats, and prematurely declaring victory," he said.