"It's time that we throw off the yoke of former President Park Geun-hye. We should no longer deny the impeachment. It was a judgment by the people," he told a press briefing at the LKP headquarters in Seoul.

The LKP is scheduled to hold a national convention to pick its new leader and senior officials on Feb. 27, a key event facing the conservative party ahead of the 2020 parliamentary elections.

The former ruling party remains cluttered amid an internal partisan rift since then LKP-affiliated President Park became embroiled in a corruption scandal and was ultimately ousted by the Constitutional Court in March 2017.

Oh stressed the need to overcome Park in order for the party to vindicate itself and make a turnaround.

"Unfortunately, it's true that Park Geun-hye brought a huge disappointment to all of us and the public," he said. "She didn't measure up to fulfilling her duty mandated by the people and conservative politics can only restore itself when we get over our former leader."

The former Seoul mayor is the third contender to have declared his bid for party leadership. Hwang Kyo-ahn, a prime minister under the Park government, and former LKP leader Hong Joon-pyo have announced their candidacies.

Oh is also viewed as a strong contender for the party leadership as a moderate politician although his last exit from local politics was not so pleasant. He stepped down as Seoul mayor in 2011 over a row over free school lunches, letting then liberal candidate Park Won-soon, now the longest-serving Seoul mayor, take over his post.

Oh came back into the fold in November 2017 after he defected from the then Saenuri Party in January and entered a new central-right party following the impeachment of Park.

Declaring his bid, he promised utmost efforts to unify the conservatives by reforming the party and recovering public confidence.

"The entire party will work together to serve the true value of reformed conservatism so that the parliamentary elections will be a victory for the party," he said. 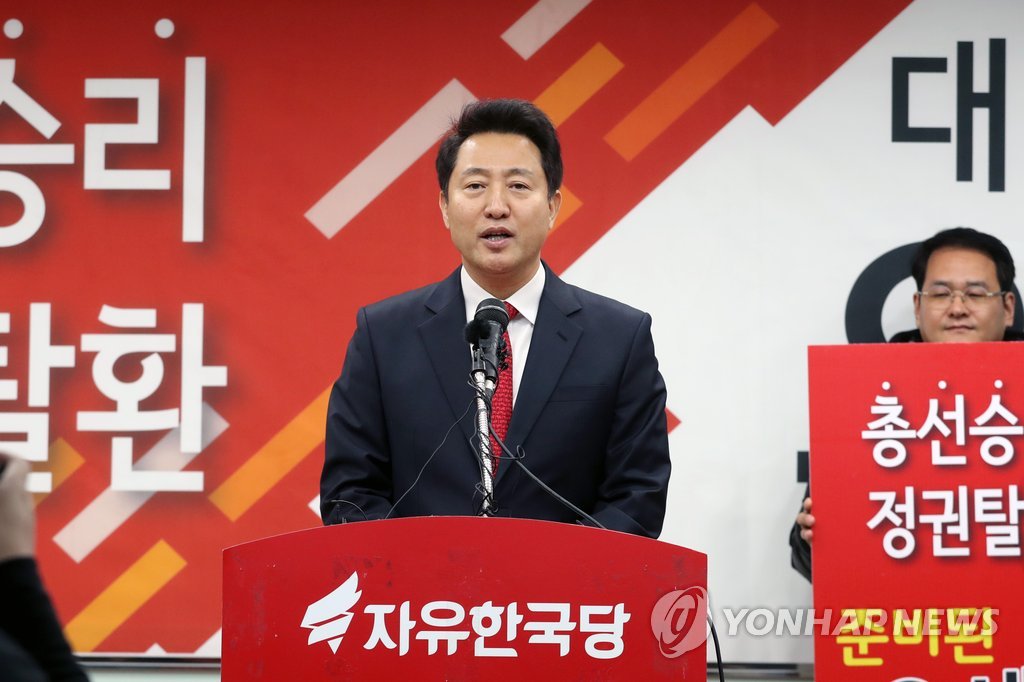