SEOUL, Feb. 7 (Yonhap) -- North Korean media outlets kept mum about a second summit between its leader Kim Jong-un and U.S. President Donald Trump on Thursday, despite the U.S. leader's announcement on the date and venue of the event.

Trump said during his State of the Union address Tuesday that the second summit with Kim will be held in Vietnam on Feb. 27-28.

The U.S. diplomat flew to Pyongyang on Wednesday for working-level talks with his new North Korean counterpart, Kim Hyok-chol, a former ambassador to Spain.

The U.S. State Department said in a statement last week that the two sides will discuss the "next steps" for the denuclearization of North Korea.

When U.S. Secretary of State Mike Pompeo visited Pyongyang in October, the North also stayed silent until the following day when it reported on his meeting with leader Kim.

A trip to Washington last month by Kim Yong-chol, a top aide to the North's leader, was also not reported by North Korean media until after the senior official briefed the leader on the results of his visit, which included a meeting with Trump for talks about a second summit between the two countries. 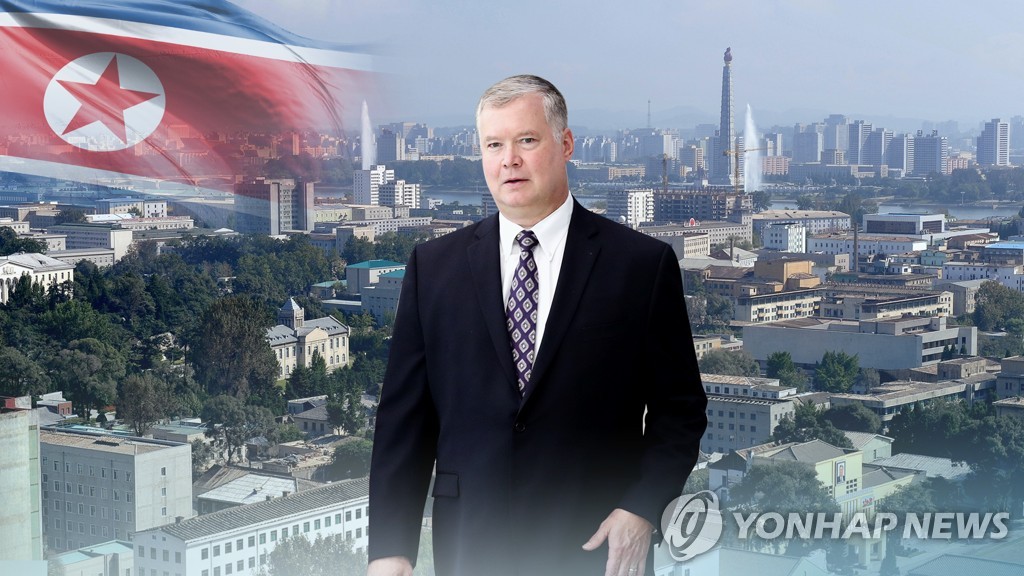