The Korean Society of Emergency Medicine issued a statement earlier in the day expressing great shock and sadness at the passing of Yoon Han-deok, the head of the National Emergency Medical Center. 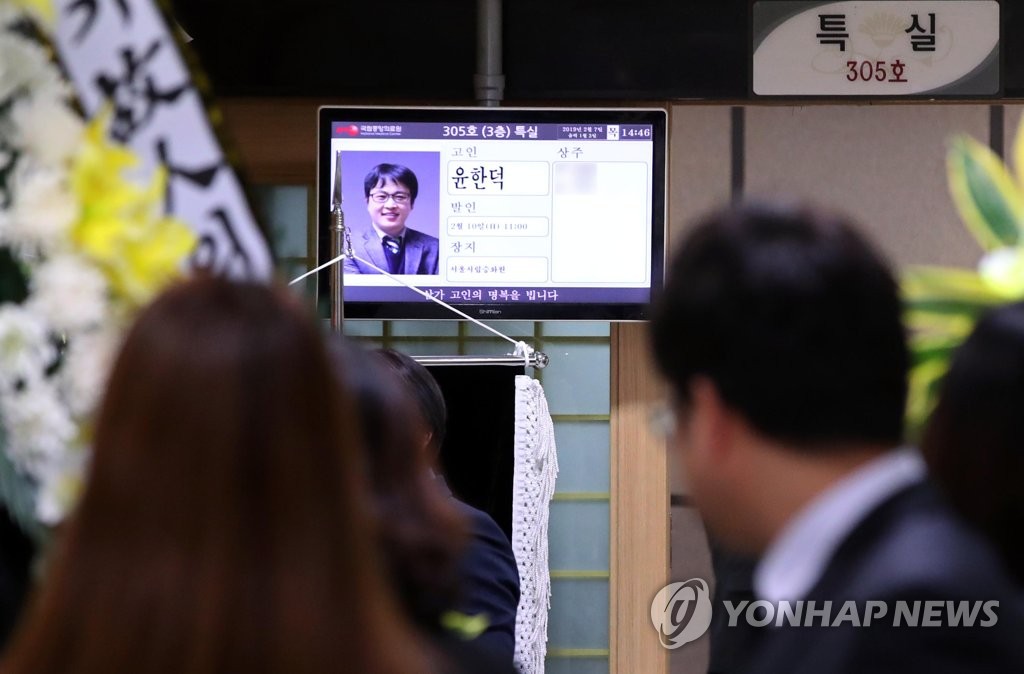 The 51-year-old doctor was found dead after suffering a heart attack at his office on Monday during the Lunar New Year holiday.

The medical society said the deceased was tireless in his efforts to bolster the quality of emergency medical services in the country, having played a leading role in introducing the so-called doctor helicopter service.

The helicopter service helps move critically ill patients to medical facilities as quickly as possible, ensuring that they receive timely treatment -- potentially a matter of life or death. He also played a key role in introducing new procedures aimed at better safeguarding people's lives, including the establishment of a disaster and emergency medical operation center that can cope with large scale disasters and facilitate the treatment of injured people.