SEOUL, Feb. 10 (Yonhap) -- Having drawn more than 12 million moviegoers so far, "Extreme Job" is just a step away from becoming the Korean box-office's No. 1 comedy film in history, data showed Sunday.

The film has attracted 12.18 million moviegoers since its release on Jan. 23, after adding 776,162 on Saturday, according to the data from the Korean Film Council.

The record is close to the performance of the box-office No. 1 comedy, "Miracle in Cell No. 7," which drew 12.81 million moviegoers in 2012. The movie was the eighth biggest box-office hit in Korean film history.

The top record by the 2012 film is highly likely to be challenged by "Extreme Job" if it maintains its current pace.

Experts predict "Extreme Job" may reach the box-office threshold of 14 million, a feat only three South Korean films -- "The Admiral: Roaring Currents," "Along with the Gods: The Two Worlds" and "Ode to My Father" -- have achieved so far.

Directed by Lee Byoung-heon, the comedy revolves around a team of goofy anti-drug cops who open a fried chicken restaurant to stake out an organized drug crime ring. The disguised business instantly earns nationwide fame as a gourmet restaurant, disrupting the police team's investigation. 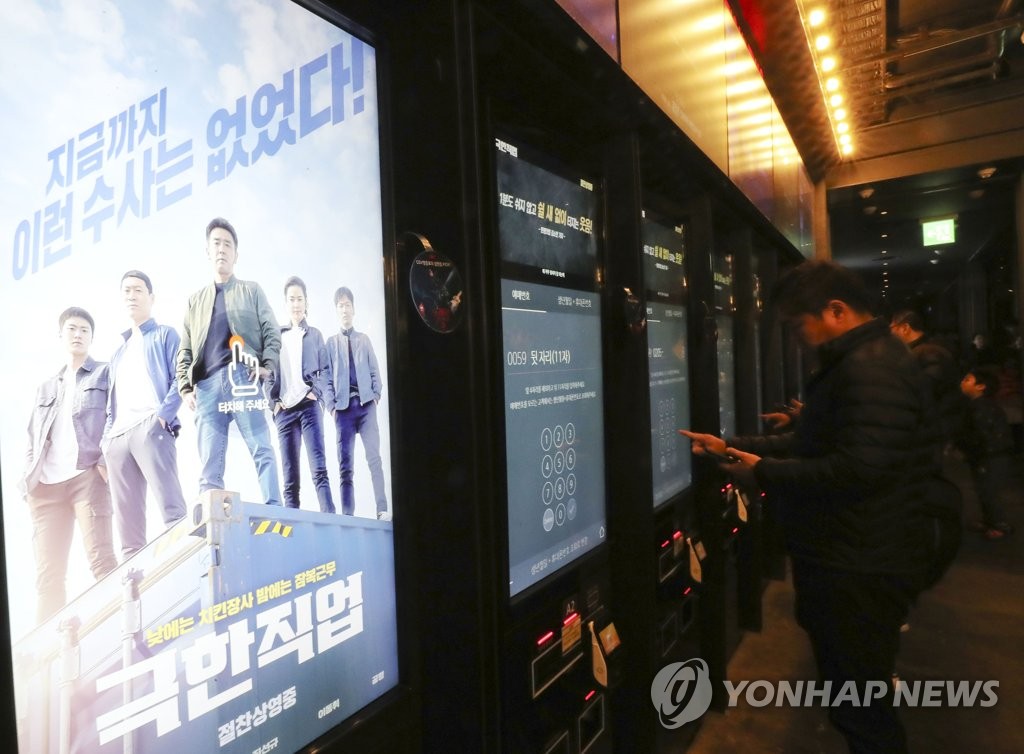 'Extreme Job' a step away from becoming No. 1 Korean comedy film

'Extreme Job' a step away from becoming No. 1 Korean comedy film