Dalian announced through their social network service account that they've signed a contract with Choi. Although the Chinese Super League (CSL) club didn't reveal details of Choi's contract, local media speculate that it will be a similar deal to the one that the 59-year-old previously struck with Tianjin.

After leading Jeonbuk Hyundai Motors to their K League 1 title defense, Choi decided to move to Tianjin in November, reportedly agreeing to a three-year deal worth 25 billion won (US$22 million), including his assistants' salaries.

However, Choi had to leave Tianjin shortly after the meltdown of the club's mother group Quanjin, one of the top traditional medicine producers in China. With Quanjin's top officials arrested for false advertisements and other corruption charges, the football club reportedly told Choi it couldn't guarantee his contract.

After Choi decided to leave, the club has changed its name to Tianjin Tianhai and is now controlled by the local sports authorities.

Choi then joined Dalian's training camp last month after the Chinese club's negotiation with Leonardo Jardim fell apart. Choi will be the second South Korean to coach Dalian after Chang Woe-ryong managed the club in 2012.

Choi is considered one of the most decorated coaches in South Korean pro football history. Since taking the helm at Jeonbuk in 2005, he has amassed six K League 1 titles, the most of any coach, in addition to one Korea Football Association Cup trophy and two Asian Football Confederation (AFC) Champions League crowns. He also has the most career wins of any head coach in the South Korean league.

Choi first won the K League title in 2009 with a record of 19 wins, eight draws and seven losses. Since then, he has collected at least 20 wins every season except for 2012 to 2013, when he was in charge of the South Korean national football team.

Dalian, founded in 2009, finished 11th last year. They returned to the CSL after winning the second-tier league in 2017. 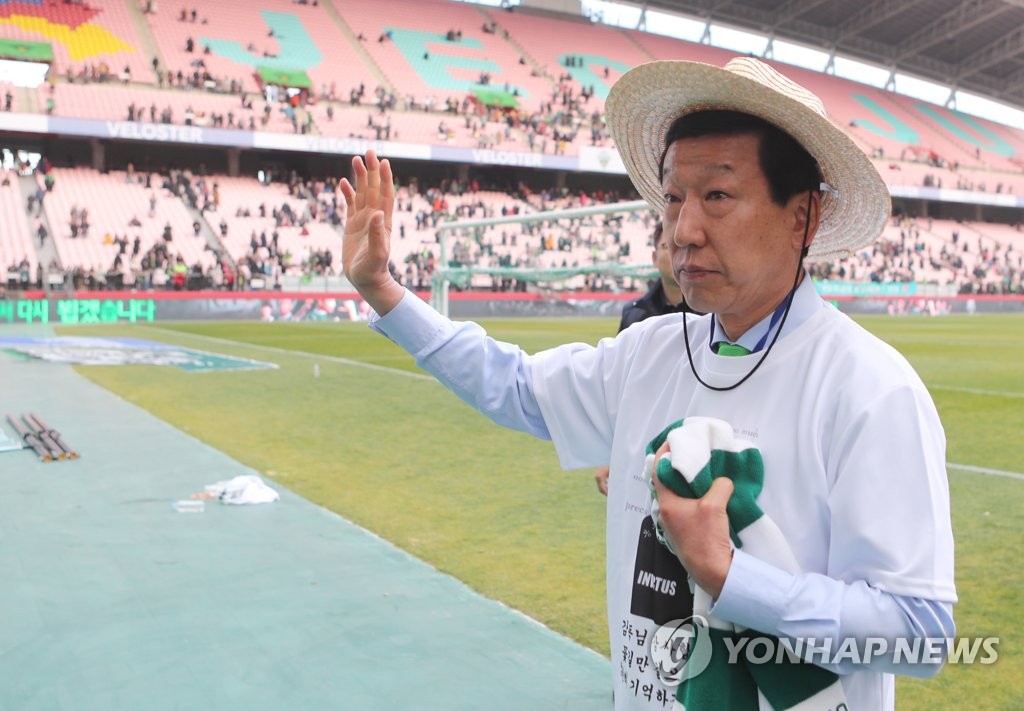