Kang is scheduled to visit Warsaw for a U.S.-sponsored ministerial meeting on peace and security in the Middle East on Wednesday and Thursday.

"Minister Kang is pushing for bilateral talks with (counterparts) from other participating countries, including U.S. Secretary of State Mike Pompeo," the ministry's spokesman Noh Kyu-duk said at a press briefing.

If Kang and Pompeo meet each other, they will discuss issues related to a second summit between North Korean leader Kim Jong-un and President Donald Trump in Hanoi, Vietnam, on Feb. 27-28, according to Noh.

"The two sides are in consultations on a specific date and time," he added.

A ministry official later said Kang's meeting with Pompeo is expected to be held Thursday. 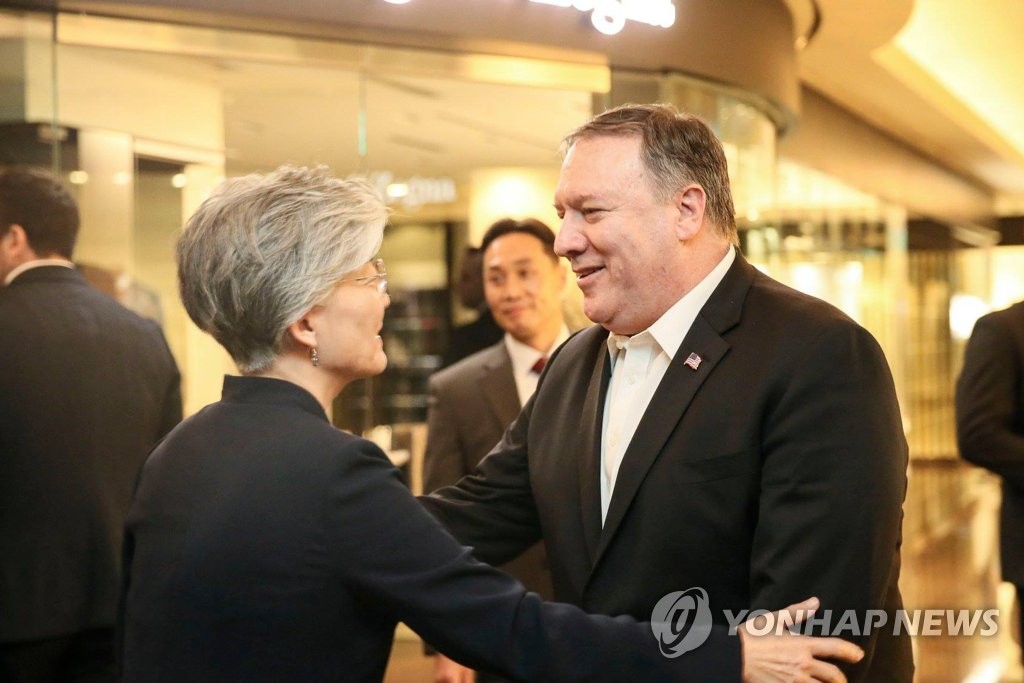 After visiting the Polish capital, Kang is also considering a trip to the German city of Munich for a three-day security conference to open Friday, the official added.

In Warsaw, Kang plans to join a panel meeting on humanitarian aid and refugees in the Middle East. She will use it to explain Seoul's efforts to contribute to regional peace and exchange views on related pending issues, according to Noh.

North Korea and the U.S. plan to have another round of working-level talks next week, probably in the Vietnamese capital.

In the case that Stephen Biegun, the U.S. envoy for North Korea, has a meeting with Kim Hyok-chol, the communist nation's special representative for U.S. affairs of the State Affairs Commission, they will focus on nailing down the summit agenda.

There's a possibility that Kim Chang-son, a senior commission official who's known as de facto chief of staff to Kim Jong-un, will meet U.S. officials for discussions on protocol and logistical affairs, as he did in preparation for the Singapore summit in June last year.

Meanwhile, Vietnamese Foreign Minister Pham Binh Minh headed to Pyongyang on Tuesday at the invitation of his counterpart, Ri Yong-ho. They are likely to talk about the North Korean leader's upcoming trip to the Southeast Asian nation. Kim may combine the trip for the summit with Trump with a state visit there.