The solid performance is mainly attributable to a 9.4 percent surge of its interest income on-year to 8.58 trillion won, according to the financial group.

Its net interest margin (NIM), a measurement of profitability, stood at 2.1 percent as of the end of last year, up 0.04 percentage point on-year.

The flagship Shinhan Bank reported a net profit of 2.28 trillion won last year, up 33.1 percent from the previous year, according to Shinhan Financial.

Meanwhile, the financial group decided on Tuesday to issue around 700 billion won worth of convertible preferred stocks, or around 17.5 million shares, to raise new capital.

The paid-in capital increase is planned for the first quarter of this year, according to company officials, adding that the move is intended to beef up its financial capabilities to implement a set of business plans, such as the takeover of non-banking entities.

"The rights offering is expected to ease market concerns over the group's financial stability after the large mergers," a Shinhan official said, stressing its push to further boost its non-banking sector. 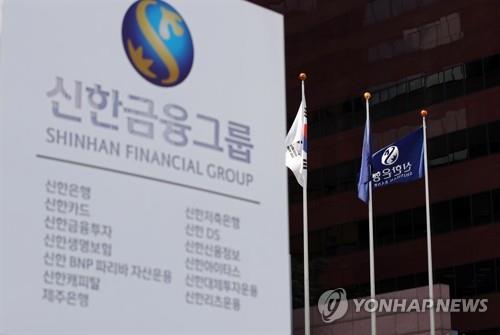