SEOUL, Feb. 12 (Yonhap) -- ITZY, a new girl group managed by JYP Entertainment, officially debuted on Tuesday with an aim to replicate the wild success of groups that came before it, such as Wonder Girls and TWICE, both from the same K-pop label.

The five-member teenage group unveiled their debut digital single, "IT'z Different," to media in Seoul hours before its official release. 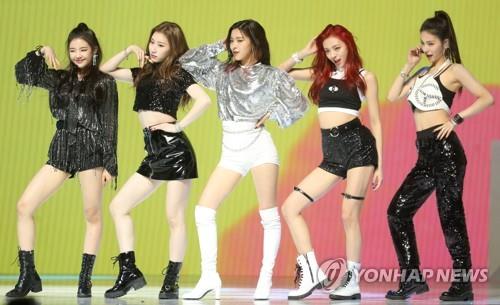 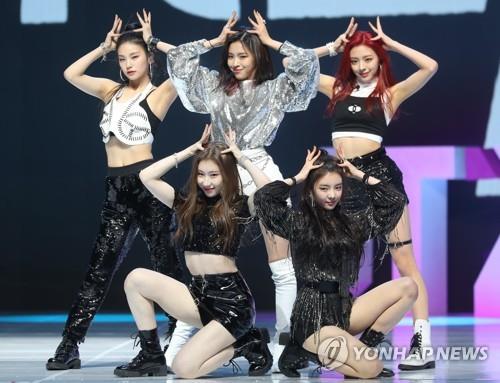 The video of the album's main track, "DALLA DALLA," or "Different Different" in Korean, was uploaded on YouTube one day ahead of the band's official debut and had garnered nearly 23 million views as of Tuesday afternoon.

ITZY is the latest girl band formed by JYP, a music label that was established by K-pop star Park Jin-young and has made hits out of all of its three previous girl bands -- Wonder Girls, missA and TWICE. JYP is now one of the big three K-pop entertainment houses in the country.

As suggested by the title of ITZY's debut song, the band composed of five members -- Yuna, Ryujin, Chaeryeong, Lia and Yeji -- is indeed different from its predecessors, especially TWICE which is characterized by its breezy, lovely concept.

With a girl crush concept as demonstrated by the band's bad girl fashion and head-banging dance performance, ITZY is like no other girl bands that are currently active on the K-pop scene.

The song's lyrics also highlight the eccentric quality of the new girl band with a message of having to put oneself ahead of the standards of other people.

Some of the five members, whose ages range from 15 to 18, had their names known among K-pop followers with their pre-debut achievement.

"It would be a lie if we said we don't feel pressure coming out of JYP, dubbed 'the master of girl bands,'" Ryujin said during the press showcase of their digital single. "We will do our best to live up to the fame."

Asked to compare ITZY with TWICE, Chaeryeong said, "TWICE is lovely and beautiful while we show off girl crush (vibes) as well as bright and young energies."

The name ITZY took a hint from "it" as the adjective describing trendy items as in "it bag." The team name also means "all (is) in us," as its name indicates in Korean.

ITZY will surely be one of the few high-profile rookies to hit the K-pop scene this year as many bands, including TOMORROW X TOGETHER, or simply TXT, a boy band by Big Hit Entertainment, the label for BTS, are in the pipeline for a 2019 debut.

The ITZY members aim to earn nicknames like "the star of the year 2019" or "monster rookie" as the band seeks to dominate the K-pop scene this year.

"We are so honored to be able to compete" with so many new rookie groups to debut this year, member Lia said, adding, "However, we still aim to take the rookie of the year award because you can take it only once." 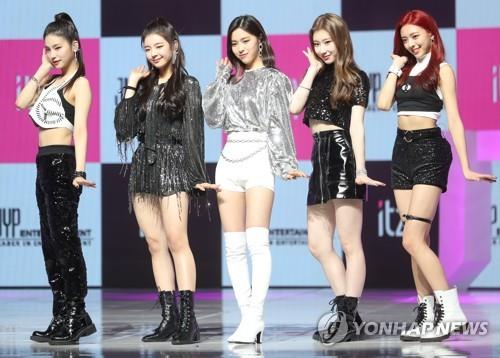