WASHINGTON, Feb. 12 (Yonhap) -- The United States and North Korea covered more than a dozen items in their pre-summit talks last week, the top U.S. negotiator was quoted as saying, as the two sides prepare an action-for-action deal to dismantle the North's nuclear weapons program.

In a meeting with a visiting South Korean parliamentary delegation Monday, U.S. Special Representative for North Korea Stephen Biegun shared some details of his talks with North Korean officials in Pyongyang last week.

Biegun and his North Korean counterpart, Kim Hyok-chol, are charged with hammering out the agenda and logistics of the second summit between U.S. President Donald Trump and North Korean leader Kim Jong-un to be held in Hanoi, Vietnam, Feb. 27-28. 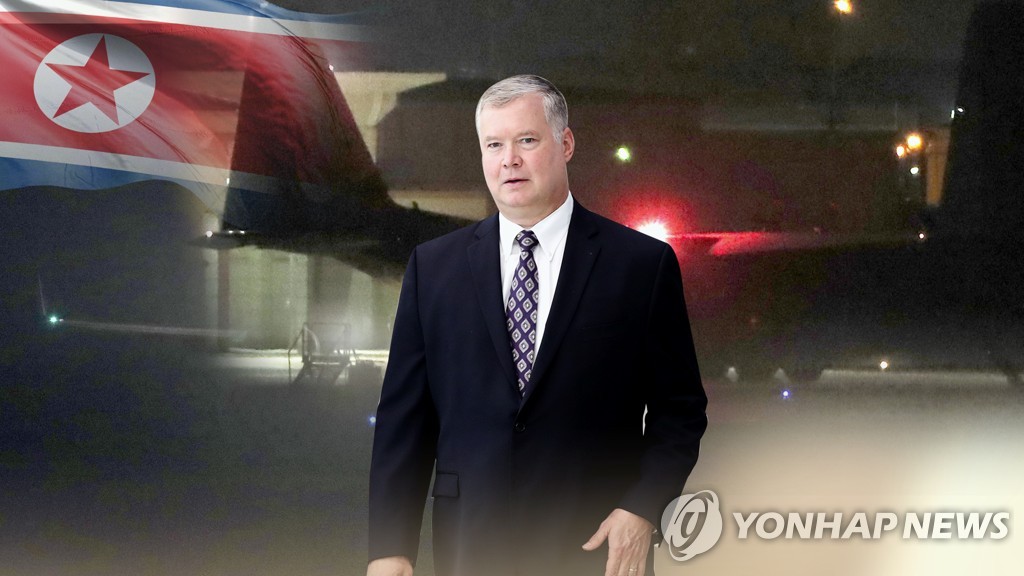 "From the start of the meetings, we agreed with the North Koreans that this time we would not negotiate but make our respective positions clear," Biegun was quoted as saying by a delegation member.

"We discussed more than a dozen issues and we will work together to implement" the commitments made at the first Trump-Kim summit in Singapore in June, he also said, according to the delegation.

At the first summit, Trump and Kim committed to work toward complete denuclearization of the Korean Peninsula in exchange for security guarantees for Pyongyang.

The specific items will likely be subject to further discussion at the next set of pre-summit talks, reportedly to take place in an Asian country next week.

But the list could include North Korea's closure of its main nuclear complex in Yongbyon in exchange for partial sanctions relief from the U.S. or a declaration formally ending the 1950-53 Korean War.

Earlier, Biegun was quoted as telling the delegation that while there was agreement with the North Koreans on the summit's agenda, they would start narrowing their differences at the next round of talks.

"With only two weeks until the summit, it will be difficult to resolve all the tricky issues, but there's a chance if we can agree on a timeline (for denuclearization)," a delegation member quoted him as saying.