WASHINGTON, Feb. 12 (Yonhap) -- U.S. President Donald Trump on Tuesday called for a further increase in South Korea's share of the cost of stationing American troops on the peninsula.

Trump's remarks came only days after the allies signed a preliminary agreement renewing their cost-sharing deal for the 28,500-strong U.S. Forces Korea.

"As you know, South Korea -- we defend them and lose a tremendous amount of money," the U.S. president said at a Cabinet meeting, repeating a signature refrain.

"Billions of dollars a year defending them. They agreed, at my request. And working with Secretary (of State) Pompeo and (National Security Adviser) John Bolton, they agreed to pay, yesterday, (US)$500 million more toward their defense," he claimed. "Five-hundred million, with a couple of phone calls. I said, 'Why didn't you do this before?' They said, 'Nobody asked.' So -- it's got to go up. It's got to go up."

The cited numbers don't align with the formal announcement that South Korea agreed to increase its contribution by 8.2 percent to some 1.04 trillion won ($920 million) under a one-year deal. 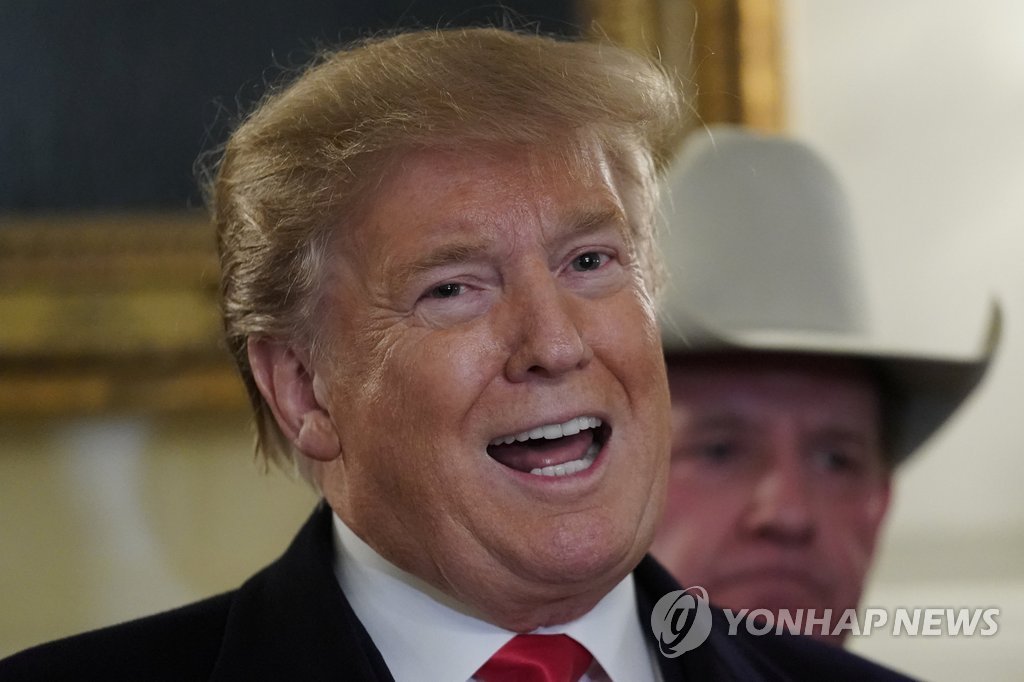 The previous five-year Special Measures Agreement expired at the end of last year amid an impasse over U.S. demands for as much as a twofold increase in Seoul's contribution.

"They were paying about $500 million for $5 billion worth of protection," Trump claimed. "And we have to do better than that. So they've agreed to pay $500 million more. And over the years, it will start going up, and they will be terrific. And they've been very good."

Trump said the U.S. has a "great relationship" with South Korea and with President Moon Jae-in.

"And we're doing great things. And North Korea is coming along," he added, apparently referring to denuclearization negotiations with Pyongyang.

Trump is set to hold a second summit with North Korean leader Kim Jong-un in Hanoi, Vietnam, Feb. 27-28. The two men are expected to seek a deal on dismantling the regime's nuclear weapons program in exchange for "corresponding measures" from the U.S.