A South Korean delegation, consisting of more than 200 people, visited the North's Mount Kumgang resort on the east coast on Wednesday and Thursday and held a series of meetings with their North Korean counterparts. It marked the first joint civilian cross-border event this year.

"There was a solidarity gathering for greeting New Year 2019 for implementing north-south declarations," the Korean Central News Agency (KCNA) said.

"Representatives from the North, the South and abroad ... called for ... accelerating the nationwide advance for implementing the historic Panmunjom declaration and the September Pyongyang Joint Declaration," it said, referring to the agreements signed between President Moon Jae-in and North Korean leader Kim Jong-un at their two summit meetings in April and September.

The event came about three months after officials of the Korean Council for Reconciliation and Cooperation visited Mount Kumgang in November for joint events to call for the faithful implementation of the inter-Korean summit agreements. 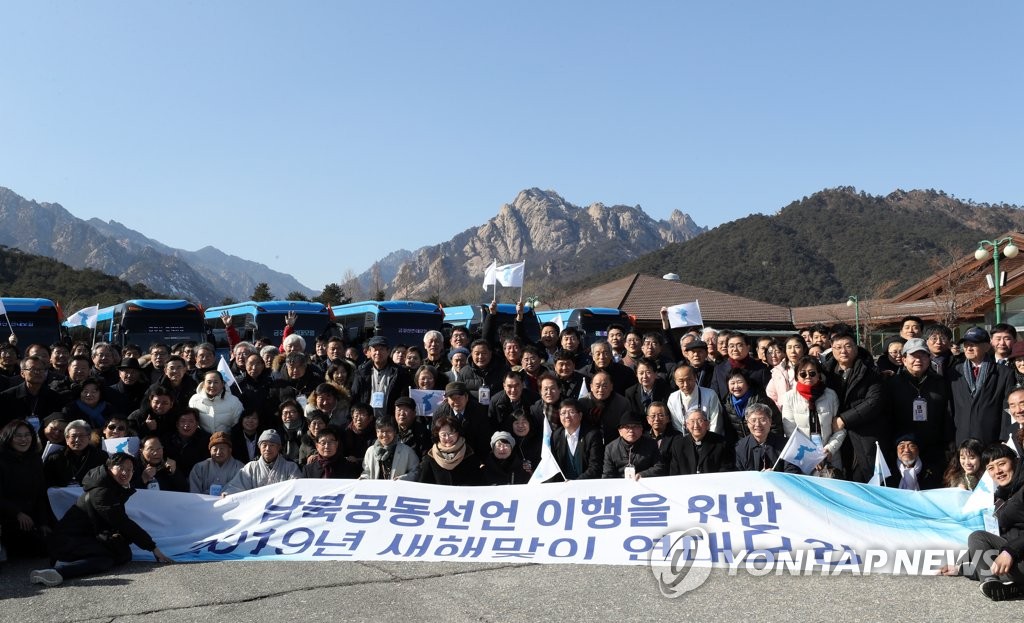