SEOUL, Feb. 14 (Yonhap) -- The number of abortions estimated to have been performed in South Korea stood at around 50,000 in 2017, sharply down from the past as more women use birth control, a report said Thursday.

The report was based on a survey conducted on a total of 10,000 women aged between 15 and 44, the first nationwide fact-finding survey in eight years.

Under South Korean law, abortions are illegal unless there are extenuating circumstances such as the unborn baby posing a serious health risk to the mother. Pregnancies resulting from statutory rape or incest are also subject to exceptions.

The institute said only 12.7 percent of women who had an abortion used some kind of birth control at the time of conception.

"The number of abortions is gradually decreasing, but many women are still exposed to unwanted pregnancies," the report said, citing the importance of proper sex education and usage of birth control.

The survey, which had been conducted every five years, was discontinued in 2010 when the government enhanced its crackdown on artificial abortion as part of efforts to boost the low birthrate.

The report comes as estimates by the medical sector and the government of the number of terminations carried out in the country vary greatly.

There are still heated debates over the balance between the right to life and women's self-determination.

More than 75 percent of the surveyed women said the law on abortion should be amended. The current law stipulates a prison term of one year and a fine of less than 2 million won (US$1,780) when women receive an abortion. 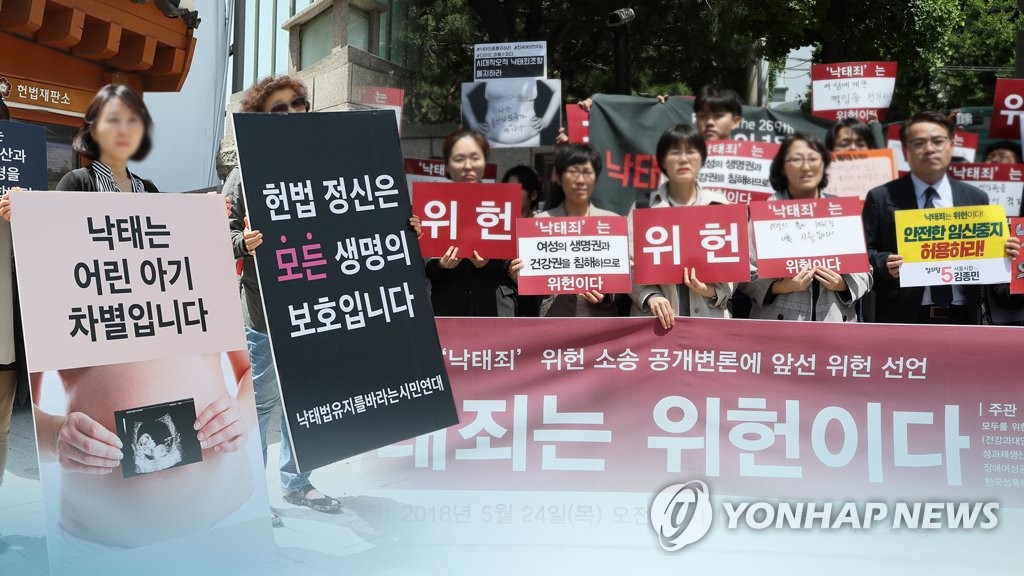