Trump and Kim are scheduled to meet in Hanoi, Vietnam, Feb. 27-28 to discuss the dismantling of North Korea's nuclear weapons program in exchange for U.S. security guarantees.

Negotiators from the two sides met in Pyongyang last week to hammer out the agenda and logistical details, and are expected to meet again next week.

"We have a team leaving again this weekend to travel to Asia to continue to prepare for the summit," Pompeo said in an interview with CBS News Wednesday. "I'm not going to talk about what it is we hope to achieve, but I'm very hopeful that we'll get a good outcome." 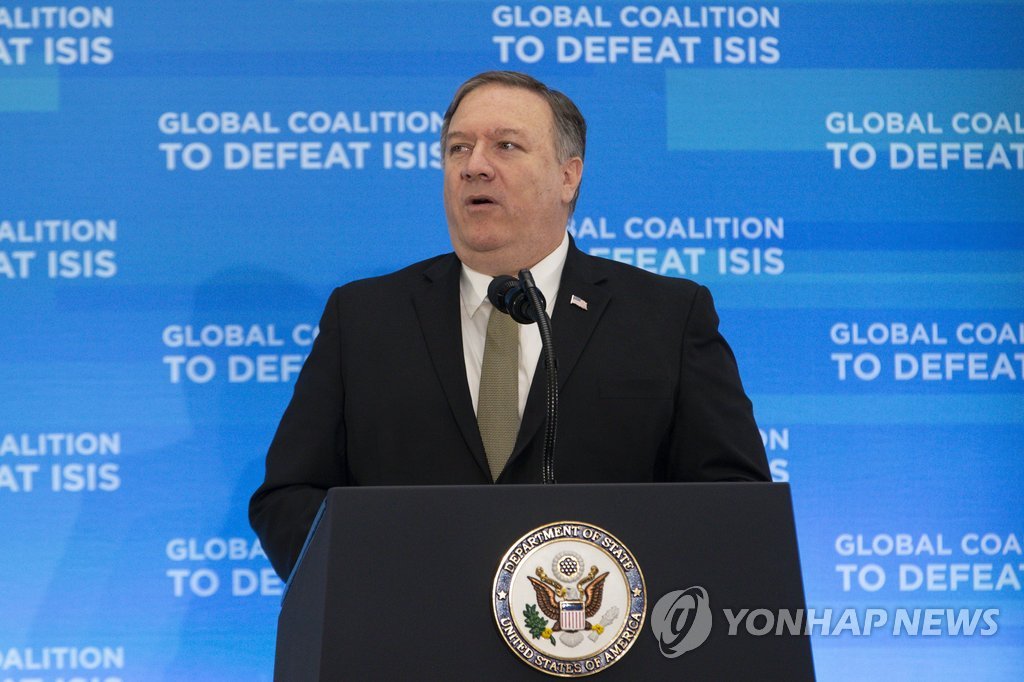 The top U.S. diplomat, who is in Poland to attend an international conference on the Middle East, met with South Korean Foreign Minister Kang Kyung-wha on the sidelines Thursday. They discussed the spectrum of issues related to North Korea and the South Korea-U.S. alliance, both sides said.

South Korea has been eager to play a mediating role in talks between the U.S. and North Korea to ultimately bring lasting peace to the Korean Peninsula.

Pompeo noted the four "primary pillars" Trump and Kim committed to at their first summit in Singapore in June, which included denuclearization and building new relations between the U.S. and North Korea.

"It's our intent to make real progress on each of those pillars, and the two leaders are hoping they do that as well," he said in the interview.

At a press conference in Warsaw Thursday, he added, "We are aiming to get as far down the road as we can in what's now a couple weeks."

While talking about ways to reduce tension and military risk, Pompeo said the two sides will also focus on ways to create a "brighter future" for the North Korean people.

Central to the next summit is what concessions the U.S. will provide in return for concrete steps in North Korea's denuclearization.

Pyongyang has called for an easing of punishing sanctions on the regime and a declaration to formally end the 1950-53 Korean War, which ended in an armistice, not a peace treaty.

The U.S. maintains that sanctions relief will come after denuclearization.

"We're going to have to be able to verify that he does it," Pompeo told CBS, referring to the North Korean leader. "It's our full intention of getting a good outcome in exchange for relieving those sanctions.

"I'm very hopeful that we can do that. It will be up to Chairman Kim to make this decision. He's told us that he will, and now it's time for him to deliver," he added.

(LEAD) U.S. officials to travel to Asia this weekend to prepare for N. Korea summit

(LEAD) U.S. officials to travel to Asia this weekend to prepare for N. Korea summit